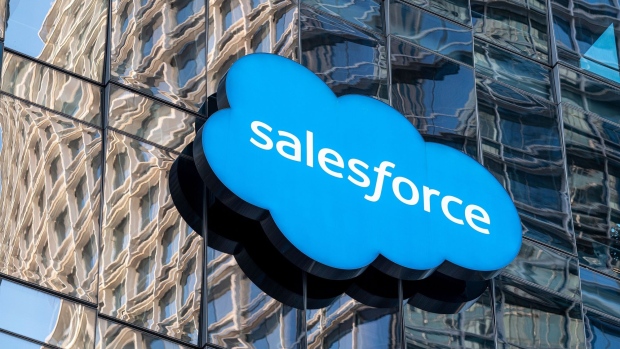 (Bloomberg) -- Employees gagged by non-disclosure agreements that stopped them from discussing workplace violations are starting to see a light at the end of the tunnel. The software company Salesforce Inc., which employs 73,000 workers, announced Friday that its entire U.S. workforce will not be liable for violating an NDA if they are discussing unlawful activity such as harassment or discrimination.

The company’s announcement adds to the momentum created by the #MeToo movement, which highlighted the ways in which NDAs have swept illegal behavior under the rug.

Last year California passed a law called the Silenced No More Act, which protects employees’ right to discuss workplace harassment and discrimination, even if they signed an NDA. In March, Washington state passed a similar law. But those acts only cover employees within those states: Salesforce’s announcement today means those protections will extend to employees throughout the country, regardless of their home state laws. In addition to their San Francisco location, Salesforce also has offices in New York, Chicago, Atlanta, Denver and several other states not covered by laws similar to those in California and Washington.

The company joins a small list of businesses, including Pinterest Inc. and Expensify Inc., who have responded to activist lobbying for a removal of the confidentiality clauses that have protected powerful corporate leaders in the past.

“For the last year or so we have been filing shareholder proposals and pressing companies on this subject,” said Michael Connor, executive director of Open Mic, one of the members of the Transparency in Employment Agreements, or TEA Coalition, which has been pressuring shareholders to act. Salesforce was facing a proxy vote at an upcoming annual meeting asking it to prepare a report on how mandatory so-called concealment clauses might stifle disclosure. The announcement today withdraws that proposal.

More companies may soon follow suit, Connor said, pointing to the fact that a majority of Apple Inc. shareholders agreed in March that the iPhone maker should prepare a similar report.