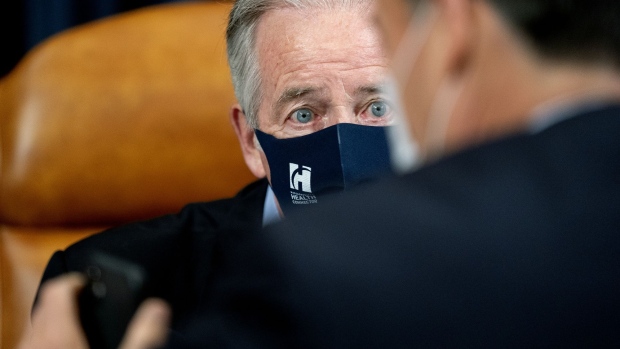 Representative Richard Neal, a Democrat from Massachusetts and chairman of the House Ways and Means Committee, ahead of a markup of the Build Back Better Act in Washington, D.C., U.S., on Wednesday, Sept. 15, 2021. The top House Democrat overseeing tax policy said that President Biden's plan to substantially raise taxes on inherited assets lacks sufficient support in the lower chamber, further dimming its chances of inclusion in a $3.5 trillion economic package. , Bloomberg

(Bloomberg) -- House Ways and Means Committee Chair Richard Neal said that addressing the cap on the federal deduction for state and local taxes is still on the table in discussions over a sweeping tax and spending bill.

“Yes, it has to be,” Neal said when asked if SALT was still up for discussion on what could be included in the multitrillion-dollar bill.

Democrats have been narrowing differences over elements of the package. Lawmakers from high-tax states including New Jersey and New York have pushed for an expansion or removal of the $10,000 cap on SALT deductions that was imposed in the Republican tax bill of 2017.