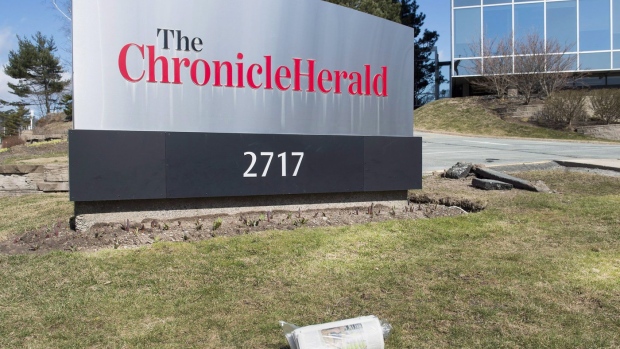 The four daily newspapers owned by the SaltWire Network in Atlantic Canada will soon stop publishing on Mondays, though there will be digital editions.

In a story published Tuesday, SaltWire said the change takes effect Oct. 17 at the Chronicle Herald in Halifax, the Cape Breton Post in Sydney, N.S., the Guardian in Charlottetown and the Telegram in St. John's, N.L.

He says the change won't have an impact on newsroom staffing levels.

The announcement follows a similar one last month by Postmedia, which said its newspapers in Vancouver, Calgary, Edmonton, Ottawa and Montreal would stop publishing Monday print editions on Oct. 17.

SaltWire says it plans to expand its weekend papers.

"While readers accustomed to holding a physical Monday newspaper in their hands will no longer be able to do so, the four publications will continue to produce digital editions on Mondays featuring local stories, opinion pieces and other content," Scott said.

"What we're looking to do is to expand the Saturday (paper) with some added puzzles and comic strips and things of that nature, so the reader who chooses either to buy it on a Saturday, Sunday or Monday will have an opportunity to pick it up and have something more than just today's standard weekend edition."