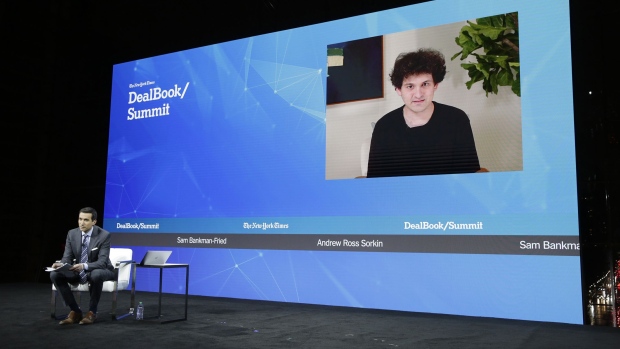 (Bloomberg) -- The lawyer who represented Bernie Madoff has this advice for Sam Bankman-Fried: shut up.

Enough with this whole media apology tour, says Ira Sorkin, lead defense lawyer for Madoff, late mastermind of one of the greatest Ponzi schemes of all time.

As authorities sift through the wreckage of FTX, Bankman-Fried’s collapsed crypto empire, the man known as SBF, has been talking to everyone from The New York Times to the ABC talk show Good Morning America.

Again and again, he’s denied intentionally commingling client money or trying to swindle anyone. Federal authorities are investigating exactly that. Neither FTX, Alameda Research or any of the former top executives involved have been accused of any wrongdoing by US authorities.

Sorkin says Bankman-Fried should listen to his lawyers and stop talking immediately. Anyone who’s watched Law & Order knows that.

“That’s the first order of business: don’t talk,” says Sorkin. “You’re not going to sway the public. The only people that are going to listen to what you have to say are regulators and prosecutors.”

Bankman-Fried conceded this week that the publicity blitz flew in the face of legal advice but he had a “duty to explain what happened.” Before an hourlong interview with the New York Times DealBook on Wednesday and a Good Morning America segment on Thursday, he agreed to a video interview with Axios and a Twitter conversation published by Vox. “F--- regulators,” he wrote.

Representatives for Bankman-Fried and FTX didn’t immediately respond to a request for comment.

Bankman-Fried, son of law professors, has said he’s speaking against his lawyers’ advice. Earlier today, FTX sought to clarify that Bankman-Fried does not speak on its behalf. Legal experts have said he may simply be testing out an it-was-all-a-big-mistake defense.

Renato Mariotti, a former federal prosecutor, says investigators are surely taking note. Anything Bankman-Fried says can be used against him in court, he says.

“Here is a man who appears to be responsible for many people losing their life savings,” says Mariotti, a lawyer at Bryan Cave Leighton Paisner.

“How can someone make that worse? Lock himself into not only one but various versions of a story,” Mariotti says, adding that he expects to see some of these interviews played in court.

Bankman-Fried’s apparent willingness to keep talking was welcomed by a prominent figure in Washington on Friday: Representative Maxine Waters. She’s asked Bankman-Fried to appear before the House Financial Services Committee on Dec. 13.

“We appreciate that you’ve been candid in your discussions about what happened at FTX,” Waters, a Democrat, tweeted.