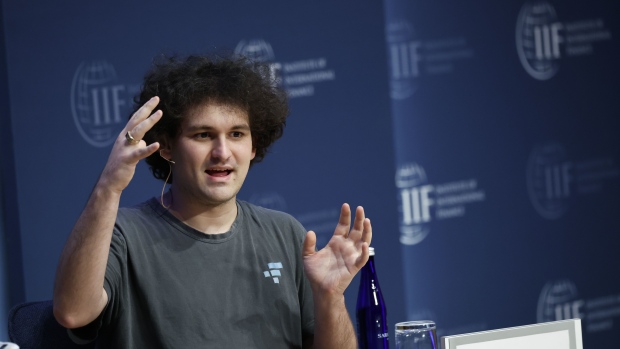 (Bloomberg) -- In the weeks since crypto exchange FTX collapsed, questions have swirled about everything from the risk management practices at Sam Bankman-Fried’s companies to who might be the next domino to fall.

A smaller, perhaps more niche subsection of crypto Twitter has also wondered: will Bankman-Fried honor his scheduled appearance at the New York Times’ annual DealBook Summit? It would be the former FTX CEO’s first public appearance -- cryptic Twitter threads notwithstanding -- since he sought bankruptcy protection for his fallen crypto empire.

True to form, Bankman-Fried on Wednesday tweeted that he would in fact be speaking with New York Times’ Andrew Ross Sorkin at the summit in New York next week. Sorkin, a columnist at the Times, retweeted the post before adding additional commentary.

A spokesperson for the New York Times said it currently expects Bankman-Fried to participate in the interview from the Bahamas. FTX was based in the island nation.

“There are a lot of important questions to be asked and answered,” Sorkin wrote in a tweet of his own. “Nothing is off limits.”

As FTX and related entities unraveled this month and Bankman-Fried resigned as CEO, his public persona has been relatively muted. Instead of frequent television appearances, he’s opted for long Twitter threads and exchanging direct messages on the platform with reporters.

That social media presence has brought trouble. Lawyers for FTX said in court documents that Bankman-Fried’s “incessant and disruptive tweeting” were undermining their restructuring efforts. Law firm Paul Weiss said it had stopped representing Bankman-Fried due to “conflicts.”

FTX’s sprawling operations were raising questions even before billions of dollars in financial ties between the exchange operator and Bankman-Fried’s Alameda Research investment arm alarmed investors and undid his empire.

Prosecutors and regulators including the Securities and Exchange Commission and Commodity Futures Trading Commission are now seeking help from new FTX Chief Executive Officer John J. Ray III. He took over as part of its bankruptcy proceeding and is navigating what he described as “a complete absence of trustworthy financial information.”

--With assistance from Gerry Smith.

(Updates in the fourth paragraph with comment from the New York Times.)