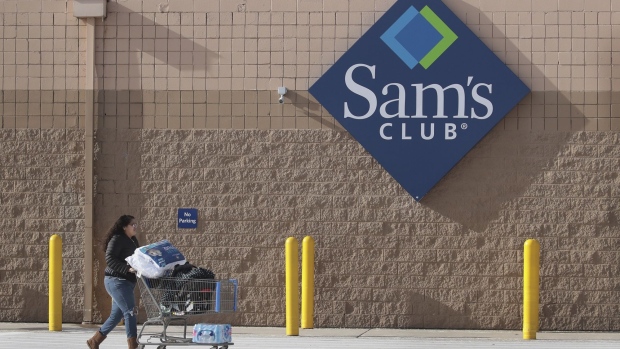 (Bloomberg) -- Sam’s Club is boosting its starting wage to $15 an hour as of Sept. 25, joining a rush by retailers to increase pay in a tight labor market.

The stepped-up wage is part of a broader increase that will award raises to 34% of the workforce, Sam’s Club said Tuesday. So-called team leads at Walmart Inc.’s membership-based warehouse retailer will earn at least $19 an hour, a dollar more than before. Personal shoppers, forklift drivers and tire-and-battery technicians are also in line for a boost.

The wage increase will help Sam’s Club compete with rivals such as Target Corp., which has starting pay of $15, and Costco Wholesale Corp., which has set it at $16. Walmart, in contrast, has kept the starting wage at its namesake stores at $11 an hour, although the company said it has lifted average pay to $16.40.

“We’re investing further in roles -- such as team leads -- that help associates climb the ladder and build long-term careers with us,” Sam’s Club Chief Executive Officer Kath McLay said in a memo to employees. “And we’re making other targeted role and geographic investments to stay competitive in the marketplace.”