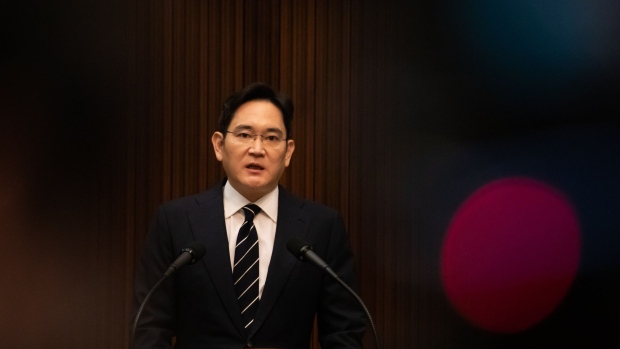 Jay Y. Lee, co-vice chairman of Samsung Electronics Co., speaks during a news conference in Seoul, South Korea, on Wednesday, May 6, 2020. Lee apologized, after a recommendation by Samsung’s new compliance committee to do so, over causing problems in succession and labor union issues. , Bloomberg

The focus will be on whether Lee announces new investment plans including the construction of a factory for electronic-car batteries in Vietnam, according to Yonhap, which cited people it didn’t identify. Lee could ask Phuc for his government’s support, it said, without specifying what sort of backing he may seek.