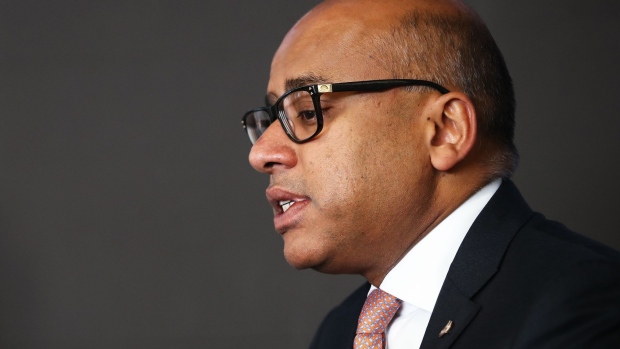 (Bloomberg) -- The Australian operations of steel magnate Sanjeev Gupta’s GFG Alliance has found funding to pay off its debts and continue running, according to a statement.

Liberty Primary Metals Australia reached terms to refinance its exposure to the failed Greensill Capital, the statement said Wednesday, effectively rescuing operations including the Whyalla steelworks and the Tahmoor coal mine.

The units were first among Gupta’s sprawling and troubled global interests to face the prospect of either being shuttered or needing a government bailout. The new funding comes just hours before Australia’s New South Wales Supreme Court was due to hear an attempt by GFG counter-party Credit Suisse Group AG to force the business to be wound-up as part of an attempt to seize assets.

GFG declined to comment on who provided the funding. Bloomberg reported last month that Bain Capital Credit, Oaktree Capital Group and White Oak Global Advisors LLC were in talks with the Australian business about filling the borrowing gap from Greensill Capital.

The Australian Financial Review reported White Oak as the funding party after the announcement Wednesday. The San Fransisco-based firm did not immediately respond to requests for comment outside regular business hours in the U.S.

The offer is subject to customary conditions precedent and documentation, a process which has commenced and is expected to complete within four weeks, according to GFG’s statement.