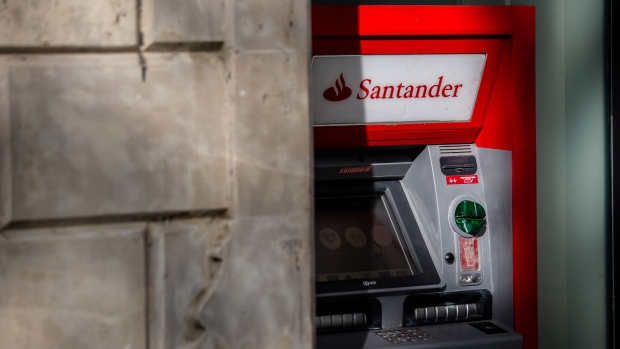 (Bloomberg) -- Banco Santander SA plans to pay out around 40% of underlying profit to investors, coming in the low end of a range previously laid out by the lender.

The remuneration will be paid through a mix of cash dividends and share buybacks, with the dividend paid in two cycles, Spain’s largest bank said in a filing Tuesday in Madrid. The buyback will be equivalent to approximately 841 million euros ($982 million), while the interim dividend was set at 4.85 euro cents per share and is payable in November.

Santander said in March that it intended to restore a shareholder remuneration policy of 40% to 50% of underlying profit. The policy announced Tuesday allows the bank to maintain a fully loaded CET1 capital within its 11% to 12% target.

The move comes after the European Central Bank said in July that it would lift a cap on how much lenders could return to shareholders, as the region’s economy rebounds from the pandemic. The ECB issued an effective ban on payouts in March last year and in December capped dividends and buybacks for the first nine months of 2020.