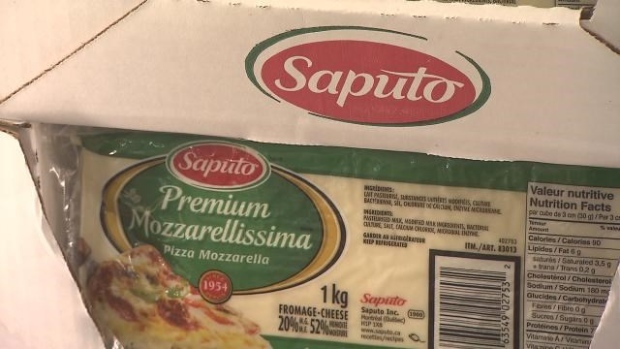 Dairy processor Saputo Inc.'s (SAP.TO) shares fell more than six per cent as it released earnings for its final quarter of a "challenging year" that missed analyst expectations.

"We continually faced downward pressures, which impacted our profitability," said CEO Lino A. Saputo Jr. during a conference call with analysts Thursday after the company released its fourth-quarter and full-year financial reports.

The Montreal-based company reported lower profits for the quarter ended March 31, even though acquisitions boosted revenue by 18 per cent.

Saputo outlined how acquisitions are a key element of the company's long-term strategy. In the last two years, he said, the company has completed six acquisitions totalling $3.6 billion, and has one more expected to close in the second quarter of this year.

The company will focus on running the business and integrating its recent acquisitions this year, he said, and is not pursuing more acquisitions in the same manner it had over the past two years.

"However, if files do come our way and they are too good to pass up, we'll find a logical way to get them done," he said.

Saputo said the company is cautiously heading into this new fiscal year and outlined competitive pressures with dairy oversupply in certain markets, as well as geopolitical issues with Washington's ongoing trade war with China and Mexico.

In the U.S., tariff policies are creating a lot of volatility, he said.

The company earned $124.2 million or 32 cents per diluted share for the quarter, compared with $130 million or 33 cents per share in the prior year.

Excluding one-time items, adjusted earnings fell seven per cent to $125.8 million or 32 cents per diluted share. That was down from $135.3 million or 35 cents per share in the fourth quarter of 2018.

Saputo was expected to earn 38 cents per share in adjusted profits on $3.3 billion in revenue, according to analysts polled by Thomson Reuters Eikon.