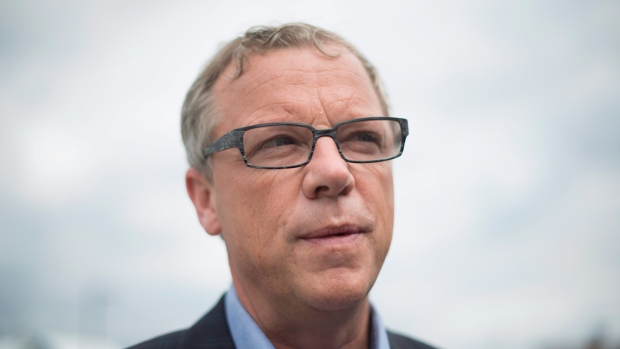 PRINCE ALBERT, Sask. -- Saskatchewan Premier Brad Wall says making sure there is enough drinking water for communities affected by an oil spill into a major river is the most important thing right now.

Wall says the debate about whether pipelines in general are safe can wait until another day.

He told reporters in Regina he expects Husky Energy (HSE.TO) to live up to its promise to cover the cost of responding to the spill in the North Saskatchewan River.

Wall says that includes not only cleanup, but also costs of providing potable water and covering the loss of business for car washes and laundromats which have had to shut down.

A leak from a Husky oil pipeline last Thursday released between 200,000 and 250,000 litres of oil which has been making its way downstream.

It has already hit the cities of North Battleford, Prince Albert and Melfort, where water intakes have been shut down and measures to conserve drinking water have been put in place.