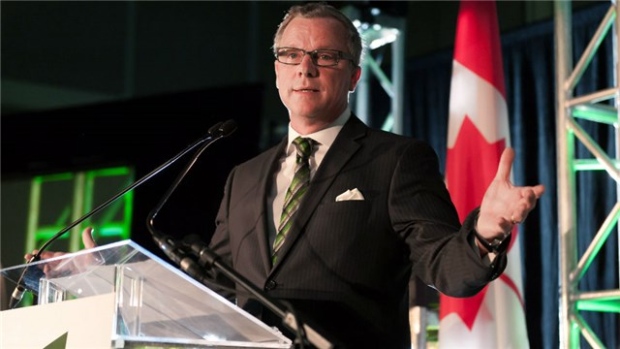 Saskatchewan Premier Brad Wall is warning of dire consequences if Canada fails to properly conduct its pipeline review process. In an interview on BNN, Wall said the debate over TransCanada’s (TRP.TO) proposed Energy East oil pipeline threatens to divide the nation regionally, as western provinces feel their needs are an afterthought to decision-makers in Central Canada.

“We need this, and I’m worried, frankly, that if this process does not end well, and obviously it needs to be a process that stands up to all rigor and scrutiny, but if it doesn’t end well, I worry about unity in the country, because I think in western Canada there is frustration that we can’t get our goods to market,” he said.

Wall said he understands the need for a thorough review of the environmental impact of the project, but that it is being unnecessarily delayed despite being primarily a conversion project.

“I know there are sensitive questions that need to be answered, especially where there will be new construction, principally in the province of Quebec, I understand that,” he said. “But we’ve given it a very, very long process on what still is two-thirds a conversion pipeline and truly in this country, if we are to take a place as an energy leader, as we should be, we’ve got to have more than one customer, we’ve got to get our western Canadian oil to market.”

“Prices will strengthen: the differential between [Western Canadian Select], Brent and West Texas will again increase and Canadians will get less than what they’re owed, what they deserve for this resource if we can’t open up to other markets,” he said.

“We don’t do it to chemicals manufactured and railed out of southern Ontario, we don’t do it to auto manufacturing,” he said. We’ve picked this particular sector to ask that question, to do that to, a sector that’s already under great stress, frankly, and has shed thousands of jobs.”

Wall said he wants the approval process to resume quickly after the three National Energy Board panelists overseeing hearings abruptly stepped down on September 9.

“Any further delays are not welcome.”