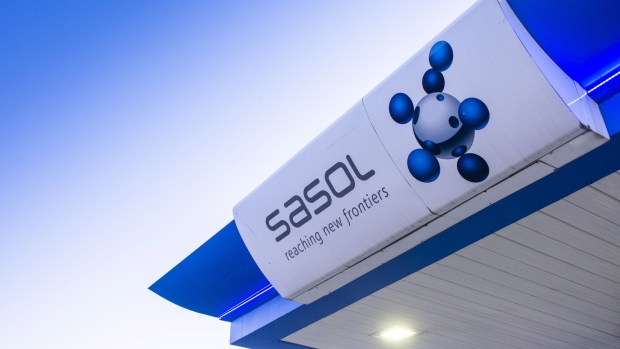 A sign hangs on the ceiling of a Sasol Ltd. fuel station in Pretoria, South Africa, on Thursday, June 4, 2020. South Africa’s state-owned Central Energy Fund is considering buying assets that have been put on the block by fuel and chemical maker Sasol Ltd. as it seeks to restore itself to profitability. , Bloomberg

Sasol and its partner, Toyota Motor Corp., will install hydrogen refueling infrastructure along the N3 highway connecting Johannesburg and the port of Durban, Chief Executive Officer Fleetwood Grobler said in a statement Wednesday. The South African fuel maker plans to use a prototype truck that’s being built in Japan in the pilot phase of the project, the CEO said.

“Our partnership with Toyota, which will include other partners over time, aims to build a sustainable end-to-end infrastructure for hydrogen mobility,” Grobler said.

Toyota’s joint-venture with Sasol would help scale up investment in critical infrastructure such as charging stations and the fuel itself, said Andrew Kirby, CEO of the automaker’s local business.