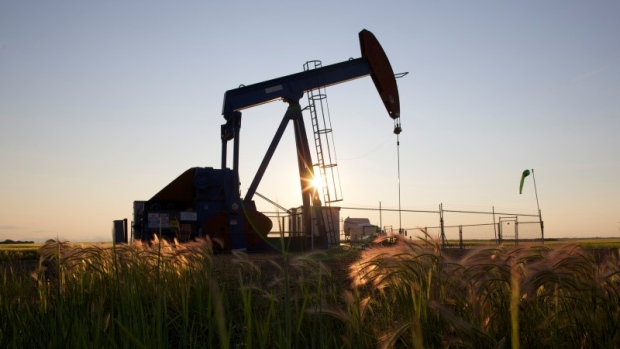 Cutting crude oil production beyond OPEC will help Canada through higher prices, though cuts from the cartel itself will benefit this country the most.

Prices have been climbing since the Organization of Petroleum Exporting Countries agreed to reduce its collective output for the first time in eight years at the end of last month. Other major producers – most notably Russia – reached a similar deal over the weekend for the first time in 15 years. Taken together, and after accounting for some OPEC members being exempt from the cut, a combined 1.2 million barrels of daily production will come offline next year.

Those joint moves have brought the market back into balance effectively overnight, sending crude oil prices to their highest levels of 2016 with just a few weeks left in the year. To understand how that benefits Canada in particular, however, one Calgary-based industry expert argues the specific type of crude being cut matters more than the total volume.

What should Canada’s oil producers do amid the non-OPEC pact to cut output? https://t.co/SridyhH2z9

“When you look at what Saudi Arabia and Iraq are going to cut, that is going to be their higher cost barrels, so their medium-and-heavy grades of crude,” Darrell Bishop, head of energy research for Calgary-based Haywood Securities, explained to BNN via telephone early Monday morning.

Those are the barrels the United States needs the most. American oil production is almost entirely lighter-grade crude, which most U.S. refineries need to blend with heavier grades of crude in order to produce fuels like gasoline and jet fuel. That is where Canada comes into play, since the vast majority of Canadian production is heavy crude in the form of bitumen from the oil sands of northern Alberta.

While the U.S. already buys most of its heavy oil from Canada, sizeable portions still come from Saudi Arabia, Iraq, Venezuela and Mexico. All of those countries have vowed to reduce their production in recent weeks, leaving a hole in the American refining complex that few countries other than Canada can fill.

“It is positive for the oil sands,” Bishop said. “We just went through some pretty traumatic times in the Canadian oil space [so] this is a welcome development.”

The U.S. does not track the split of heavy versus light oil imports by country, but a recent analysis from Calgary-based Stream Asset Management suggests the Canadian windfall could be substantial. Iraq sends roughly 100,000 barrels of heavy crude to the United States every day while Saudi Arabia sends more than 200,000 barrels per day, according to Dan Tsubouchi, Stream’s market strategist.

Saudi Arabia had already pledged to cut output as part of the Nov 30th OPEC deal, but after the non-OPEC agreement was announced on Saturday, Saudi Energy Minister Khalid Al-Falih stunned the market by pledging to cut even more than the country already promised in hopes of bringing prices down. That makes a dramatic cut to the Kingdom’s most expensive output – its heavy oil – even more likely.

Canada sends roughly 2.8 million barrels of mostly heavy crude oil to the United States every day, suggesting if Iraq and Saudi Arabia need to stop their own U.S. heavy oil shipments, Canadian producers could enjoy a boost of ten per cent or more. That is especially true if Keystone XL gets approved, Tsubouchi noted, since that would increase the capacity of Canadian heavy oil shipments to the U.S. Gulf coast region by more than 800,000 barrels per day.

U.S. President-elect Donald Trump has pledged to allow the 1,900-kilometer project to proceed despite having been rejected twice by current President Barack Obama. The U.S. Gulf Coast, where the pipeline would terminate, is home to more than 2 million barrels of daily refining capacity; most of it geared specifically to process heavy crude.

Arguably, Canada was poised to benefit no matter what OPEC did with its overall production quota. Clearly the benefits are boosted by the cartel’s decision to cut, and with non-OPEC members reducing volumes as well, many believe the global market will rapidly move from being massively oversupplied to no longer having enough supply to meet overall demand.

That might lead some to believe Canada could aslo capitalize by selling more output to other countries beyond the U.S.; an oft-stated goal of the last two Canadian federal governments and the key justification for approving Kinder Morgan’s Trans Mountain pipeline expansion. While that expansion will bring another 590,000 barrels of oil sands crude to the west coast by the end of this decade, Bishop notes that is nowhere near soon enough for the Canadian industry to diversify in any meaningful way.

“If we do have a deficit globally, there isn’t much we can do to gain from that,” Bishop said. “Until we can get more pipelines out of Canada and some water-borne crude, then we have one customer.”