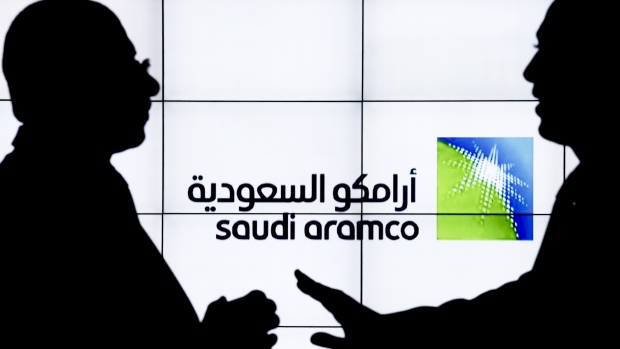 A Saudi Arabian Oil Co. (Aramco) logo sits on an electronic display at the company's corporate pavilion during the 22nd World Petroleum Congress in Istanbul, Turkey, on Wednesday, July 12, 2017. , Bloomberg

Saudi Aramco, the world’s biggest oil exporter, plans to trade as much as 6 million barrels a day, a jump in volume that would put it in the top tier of companies that buy and sell crude and refined products.

The trading arm of the state-run giant known officially as Saudi Arabian Oil Co. currently handles between 3.3 million and 3.6 million barrels a day, Ibrahim Al-Buainain, the unit’s chief executive officer, said in an interview in Abu Dhabi. Aramco Trading, as the business is known, targets 5.5 million to 6 million barrels a day by 2020 as its parent opens new refineries in Malaysia and Saudi Arabia, he said.

Saudi Arabia is counting on Aramco to anchor an economic transformation that the kingdom’s Crown Prince is promoting to create industries and jobs. The government plans to sell shares in Saudi Aramco as early as this year in what could be the largest initial public offering. While Aramco is extremely profitable, the government has yet to choose an international exchange on which to sell the shares and could push the IPO into 2019.

If it reaches its target, Aramco Trading would rival Vitol Group, the world’s largest independent trader, which trades about 7 million barrels a day of crude and products. Royal Dutch Shell Plc buys and sells about 12 million barrels a day, and BP Plc deals in about 8 million. Shell and BP, like Aramco, are integrated oil companies engaged in production, refining and trading.

Middle Eastern oil producers are adding refining capacity through joint ventures and will need to find new buyers for their larger product volumes, according to Chris Bake, Vitol’s head of origination. Bake and Al-Buainain both spoke on Monday at the Middle East Petroleum and Gas Conference in Abu Dhabi.

Aramco Trading dealt only in refined products when it started operating in 2012. Last year it began buying and selling third-party crude -- oil pumped by other producers -- to supply its overseas refineries. Aramco Trading also sells Saudi crude to refineries that lack long-term supply contracts with its parent company, in return for products from those same facilities. Crude-trading volumes are still small, Al-Buainain said.