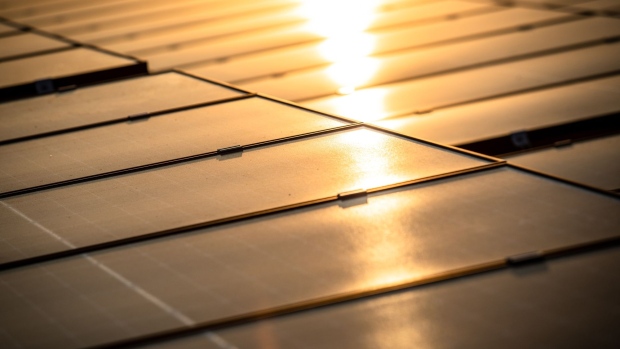 China’s JinkoSolar Holding Company Limited submitted the lowest shortlisted offer to generate electricity from a 300-megawatt plant, according to a document on the Saudi Ministry of Energy’s website. At 1.48 cents a kilowatt-hour, it was around 40% above a contract of 1.04 cents per kWh that Saudi Arabia signed in early 2021, saying it was the lowest tariff on record globally.

France’s TotalEnergies SE, Riyadh-based ACWA Power International and Abu Dhabi-based Masdar were among the other bidders.

The cost of polysilicon, a material used in photovoltaic solar panels, has risen to its highest since April 2019, partly due to factory shutdowns in China. That’s spurred concerns that countries will delay or cut back investments in clean energy.

The Saudi Ministry of Energy asked for bids for four projects. Layla, the biggest, will have a capacity of 870MW, while Ar Rass is meant to be 700MW. Wadi Ad Dawasir and Saad will have a combined capacity of 420MW.

The world’s biggest oil exporter is turning to solar and wind power to wean local generation plants off oil and free hundreds of thousands of barrels of crude each day for shipment abroad.

The kingdom aims to build 60,000MW of renewable energy by 2030, nearly as much as its generation of all types of power today. The government plans to get private companies to develop most of that capacity.