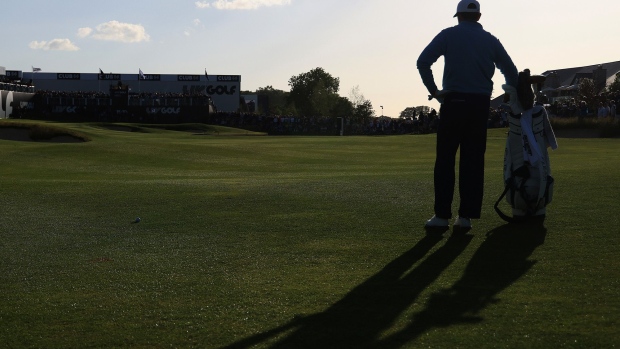 (Bloomberg) -- Saudi Arabia’s $676 billion sovereign wealth fund argued it has sovereign immunity and can’t be forced to provide evidence in a US legal fight between PGA Tour Inc. and LIV Golf, a newly launched rival backed by the oil-rich kingdom.

Public Investment Fund and its Governor Yasir Al-Rumayyan on Tuesday asked a federal judge in California to quash a request by the PGA Tour to compel their testimony and produce documents for a lawsuit accusing LIV of unfair competition for offering players lucrative deals to break their PGA contracts.

PIF said it has “high-level oversight” of LIV, but doesn’t manage or control the company’s day-to-day operations. In their filing, the fund and Al-Rumayyan said they had offered to provide discovery in response to “narrowed requests,” but that PGA pushed back, favoring an “all-or-nothing approach.”

Forcing the Saudi fund to accept US jurisdiction in the golf dispute would set a “dangerous precedent” by allowing it to be sued every time there’s a legal dispute in a company it invests in, including Uber Technologies Inc., Starbucks Corp. and Walmart Inc., according to the court document.

The fund claims the PGA isn’t really interested in getting documents, but instead wants to make its lawsuit about the government of Saudi Arabia, according to the filing.

A lawyer for the PGA didn’t immediately respond to a request for comment.

The PGA and LIV have been locked in a protracted battle for since August. LIV, backed the Saudi fund and led by Australian retired golfer Greg Norman, has poached some of the sport’s biggest stars, including Phil Mickleson and Dustin Johnson. PGA responded by suspending those players, which in turn led to Mickelson and 10 others filing an antitrust lawsuit against the tour.

LIV joined the suit a month later and the players pulled out. PGA filed a countersuit in September seeking damages for brand and reputation damage caused by LIV’s interference with PGA contracts.