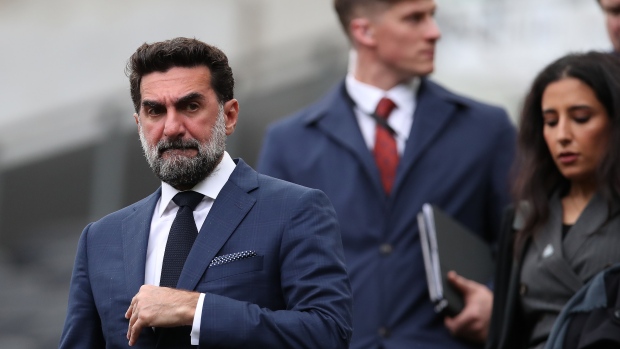 Yasir Al-Rumayyan, the governor of Saudi Arabia’s sovereign wealth fund, said he’s figured out why billionaire investor Ray Dalio was bearish on financial markets years ago while he and others remained optimistic.

Dalio “is like a movie critic, a theater critic,” Al-Rumayyan, who runs the Riyadh-based Public Investment Fund, said at the FII Institute’s Priority summit in New York on Thursday. “Before going there, he knows it’s going to be a bad story, bad production, bad cast. And he knows before he sits there, but he has to sit there to give his critique.”

With $620 billion in assets as of the end of the first quarter, PIF is the world’s sixth-biggest sovereign wealth fund, according to the SWF Institute. It sprang from a domestically focused holding company in 2016 and has been on a global buying spree ever since.

Al-Rumayyan said Dalio, the founder of Bridgewater Associates, agreed with his comparison between global macro views and more targeted bets. The two investors, along with others including Blackstone Inc.’s Stephen Schwarzman, were part of a FII panel in 2019.

Dalio, the world’s 90th-richest person with a $16.2 billion fortune, often opines on the direction of monetary policy and the economy, which inform his outlook on financial markets. Earlier this month he wrote on LinkedIn that US rates at about 4.5% would lead to a roughly 20% plunge for stocks.

Like many other macro funds, Bridgewater’s Pure Alpha strategy has rebounded in 2022 after years of struggle. It’s up 27.4% through August, according to a person familiar with the matter.

A Bridgewater representative didn’t immediately respond to a request for comment.

Al-Rumayyan said during Thursday’s event that oil and gas companies have been vilified, leading the world to be “managed by crisis” when it comes to energy.

“The world would stop” without fossil fuels, he said. When it comes to climate change, “maybe we’re not doing a good job putting our finger on the actual problems.”

Al-Rumayyan said that for every dollar PIF deploys into Saudi Arabia, it wants to see a $2 economic multiplier. The fund, established five decades ago, currently has six investment pools, two that seek international opportunities and four that focus domestically.