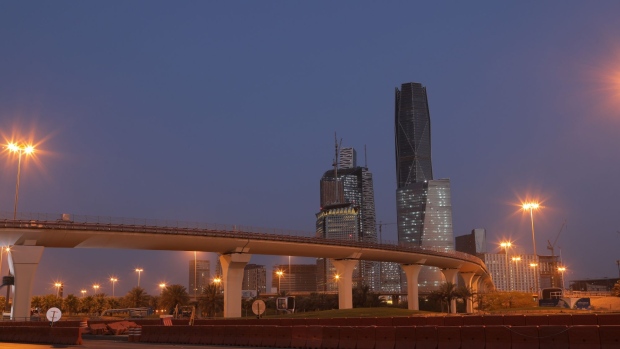 Saudi Arabia’s wealth fund appointed Omar Jahidi as its director of investments in the Middle East and North Africa, according to people familiar with the matter, the latest in a string of appointments to help expand its reach.

Jahidi, previously the director for investment banking advisory at HSBC Holdings Plc in Saudi Arabia, will be joining the Public Investment Fund in the coming weeks, the people said, asking not to be identified because the appointment hasn’t been made public.

He will report to Eyas AlDossari, head of investment advisory within the MENA investments division, who was formerly in charge of investment banking for Saudi Arabia at Goldman Sachs Group Inc. and also worked at HSBC.

The PIF, as the fund is known, didn’t immediately respond to requests for comment, while HSBC declined to comment.

The PIF has made a spate of senior appointments recently, naming Turqi Alnowaiser and Yazeed Alhumied as deputy governors and hiring Abdullah Shaker, who previously worked for Saudi AlBaraka Banking Group and HSBC.

Jahidi is joining the PIF as the fund expands rapidly, morphing from a largely domestically-focused holding company into an engine of Crown Prince Mohammed bin Salman’s plans to transform the kingdom’s economy.

Since 2015, the PIF’s assets under management have risen to $430 billion from about $150 billion. It has taken stakes in Uber Technologies Inc., put $45 billion into SoftBank’s Vision Fund, and backed electric vehicle maker Lucid Motors Inc. It’s also increased headcount to more than 1,000 from about 40.