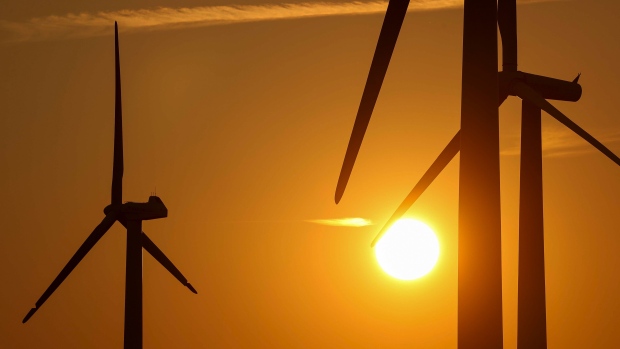 PIF, as the fund is known, joins a host of oil-rich nations in raising green debt as they diversify sources of long-term funding and reinforce commitments to environmentally-friendly projects. But none has attempted a century-long dollar green debt, let alone in a debut sale. PIF issued $500 million from the 100-year notes.

“Notwithstanding the recent increase in rates, they remain low by historical levels. Locking in term funding by selling century bonds will help PIF efficiently finance their multi-decade economic vision,” said Doug Bitcon, the Dubai-based head of credit strategies at Rasmala Investment Bank. “Downside is that this paper will not have a natural regional bid and is likely to be quite volatile in times of market stress.”

The bond comes as Saudi Arabia -- one of the world’s largest oil exporters -- seeks to diversify away from crude sales. The kingdom pledged to neutralize greenhouse gas emissions within its borders by 2060, and has earmarked billions for carbon-capture technology as part of that goal.

The debt offering comes just as OPEC+ agreed to make a large production cut to keep oil prices high on Wednesday, drawing an immediate rebuke from the US. The move was defended by ministers from the producers group as necessary to protect the oil industry and their own economies from the risk of a global slowdown.

The PIF is a major backer of many of the country’s green ambitions and will use proceeds from the bond sale to finance, refinance or invest in one or more green projects like renewable energy, according to the bond prospectus. The PIF has been mandated to develop 70% of the kingdom’s renewable energy program and expects to make more than $10 billion of investment in green projects by 2026, according to the document.

The kingdom plans to increase the mix of solar and wind energy in its local grid to 50% by 2030, with natural gas set to make up the rest. The country is also investing heavily in hydrogen, which is seen as crucial to its eventual shift away from oil and gas.

Still, some observers are skeptical after the kingdom also committed to investing more in oil and gas production arguing that the world needs more hydrocarbons as it transitions to cleaner fuels. No other G-20 country emits as much carbon dioxide per capita as Saudi Arabia.

BNP Paribas SA, Citigroup Inc., Deutsche Bank AG, Goldman Sachs Group Inc. and JPMorgan Chase & Co. were the global coordinators on the sale. PIF is rated A1 by Moody’s Investors Service and A by Fitch, the sixth-highest investment-grade level -- also the same grade it assigns for Saudi Arabia’s government.