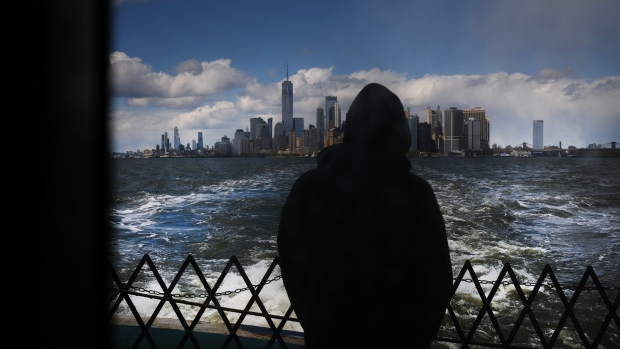 (Bloomberg) -- SkyBridge Capital, the investment firm founded by Anthony Scaramucci, is turning to some of the biggest names in the hedge fund industry to boost returns after its portfolio lost almost a quarter of its value this year.

The firm is investing $100 million each in Ray Dalio’s Bridgewater Associates and Howard Marks’s Oaktree Capital Group, according to a letter sent to clients on Monday. The fund-of-funds will allocate an additional $90 million to Dan Loeb’s Third Point. Scaramucci said all three performed well in the last financial crisis and in other periods of market dislocation.

“We believe our investors will be better served -- in good and bad markets -- by greater diversification across different strategies and across different managers,” he wrote. “We learned hard lessons in March, and we are taking decisive corrective action.”

SkyBridge’s flagship fund lost nearly 24% in the first four months of the year. After investing heavily in credit hedge funds, the fund posted most of the losses in March as the coronavirus fueled a market sell-off. Clients have asked to redeem 9.3% of capital for June 30, an amount Scaramucci called “manageable.”

Dalio’s Pure Alpha fund has seen its own performance woes. Even after gaining 3.8% in April, the firm’s Pure Alpha II is down 20% in 2020.

SkyBridge will be adding to an existing position in Loeb’s Third Point Ultra fund, which rebounded 9% in April, shaving its year-to-date loss to about 14%.

Marks is raising a $15 billion distressed fund -- the largest ever of its type -- and his Oaktree Value Opportunities Fund will participate in some of the loans that the bigger vehicle will make.

SkyBridge, which is based in New York, managed $5.9 billion for clients at the end of January, according to a regulatory filing.SkyBridge funded the new investments by selling holdings from EJF Capital and Hildene Capital Management. Because of suspended redemptions at EJF and a fund restructuring at Hildene, SkyBridge sold its positions on the secondary market.