SkyBridge Capital’s Anthony Scaramucci is the latest Wall Street maven to get on the Bitcoin bandwagon, launching a crypto-centric fund this week and predicting the digital asset could be poised for massive gains.

“Bitcoin is better at being gold than gold is at being gold,” Scaramucci, the firm’s founder and managing partner, said in an interview Tuesday. “It’s easier to store, it’s harder to steal, it’s more portable, and so therefore, it’s become the ledger or the storage of the future in terms of the storage of value.”

SkyBridge announced a Bitcoin fund for affluent investors, with the SkyBridge Bitcoin Fund LP debuting Monday. Accredited investors can subscribe directly to it with a minimum investment of US$50,000.

SkyBridge and affiliates invested about US$25 million into the fund, a sum that’s grown to over US$40 million thanks to a mix of new cash and price appreciation, said Scaramucci. It charges a 0.75 per cent expense ratio, allowing it to stay competitive with similar products. Fidelity is serving as its principal custodian. 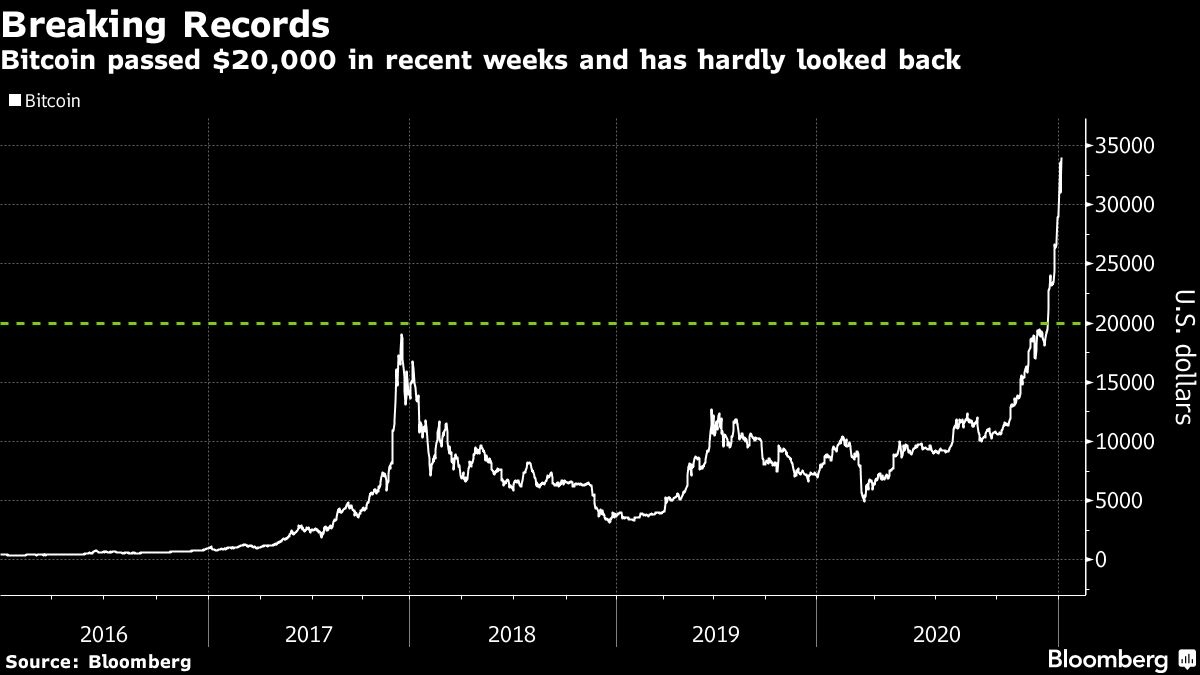 Investors have raced for exposure to Bitcoin amid a red-hot advance that saw it gain more than 300 per cent in 2020. Recent interest by famed investors including Paul Tudor Jones and Stan Druckenmiller further stoked the rally, with some crypto proponents arguing their embrace exemplifies greater mainstream acceptance.

“It’s early innings,” said Scaramucci by phone. “The environment became more compelling, it was easier to store, better regulation -- we are a very big believer that Bitcoin is effectively going to become digital gold.”

Scaramucci compared Bitcoin’s market capitalization to that of gold, saying that reaching just half of it -- about US$5 trillion -- could mean the digital currency goes up about 10 times from where it’s currently trading.

Strategists at JPMorgan Chase & Co. made a similar projection this week, arguing that Bitcoin has the potential to reach US$146,000 in the long term as it competes with gold as an asset class.

Scaramucci says Bitcoin may be volatile but he compared owning it to buying shares of Amazon.com Inc. when the company went public more than two decades ago. Shares of Amazon have undergone bouts of steep selloffs over the years but the firm is a dominant player in the online retail space today.

“This is something people have to buy and hold,” he said of Bitcoin.

--With assistance from Yvonne Yue Li.