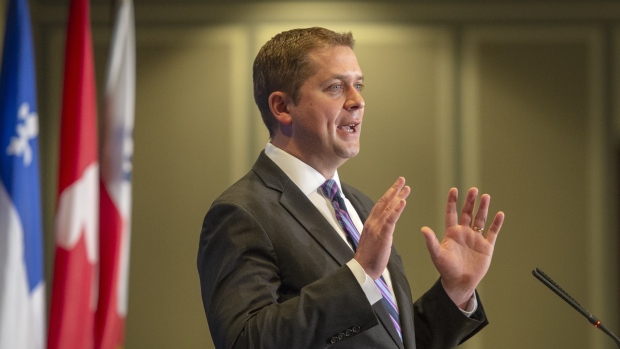 Canada’s opposition Conservatives, leading in the polls ahead of October elections, will seek to make the country oil independent within 10 years if they win power, the party’s leader said Thursday.

Andrew Scheer, the front-runner to unseat Prime Minister Justin Trudeau, said he’ll work toward that goal by creating a single corridor of energy infrastructure across the country that would simplify the construction of new pipelines.

Canada has enough oil “to put an end to all foreign oil imports once and for all,” Scheer said in a keynote address in Toronto, part of a string of planned speeches in coming weeks to roll out policy positions ahead of the vote. “An energy independent Canada would be a Canada firing on all cylinders.”

Energy is poised to become one of the most divisive issues in the federal election, and Scheer is trying to cast himself as a champion of an oil sector that is battling with lower prices for crude and capacity constraints.

In his speech, Scheer also pledged to balance the budget largely by taking a “measured approach to spending growth,” eliminate the Canada Infrastructure Bank set up by Trudeau, and put an end to corporate handouts. He also pledged to “rework” mortgage qualification rules that have been tightened in recent years.