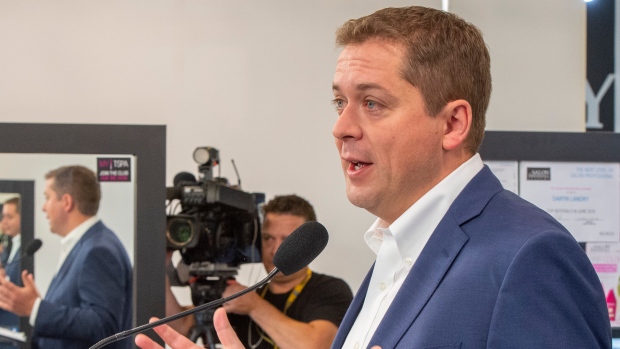 Canada’s opposition Conservatives are promising a wide ranging review of business subsidies if they defeat Justin Trudeau, in order to eliminate $1.5 billion in costs.

Andrew Scheer, the rookie Conservative leader seeking to unseat the incumbent Liberal prime minister in the Oct. 21 vote, made the announcement Wednesday in Hamilton, Ontario. Scheer also said he plans to review innovation programs to ensure technology isn’t being expatriated and shift the focus of regional development agencies to small businesses.

The reining in of business subsidies will help answer some questions about how the Conservatives plan to finance some of their more expensive campaign promises, including a pledge to reduce the rate paid in the lowest federal income tax bracket by more than a full percentage point.

The prime minister triggered the election last week, with he and Scheer locked in a dead heat after stumbles on the world stage and an ethics scandal involving a Montreal construction company dented the Liberal leader’s brand. Aggregate opinion polling data compiled by the Canadian Broadcasting Corp. show Trudeau and his Conservative rival even at 34 per cent support, with the left-leaning New Democratic Party at 14 per cent and the Greens near 10 per cent. 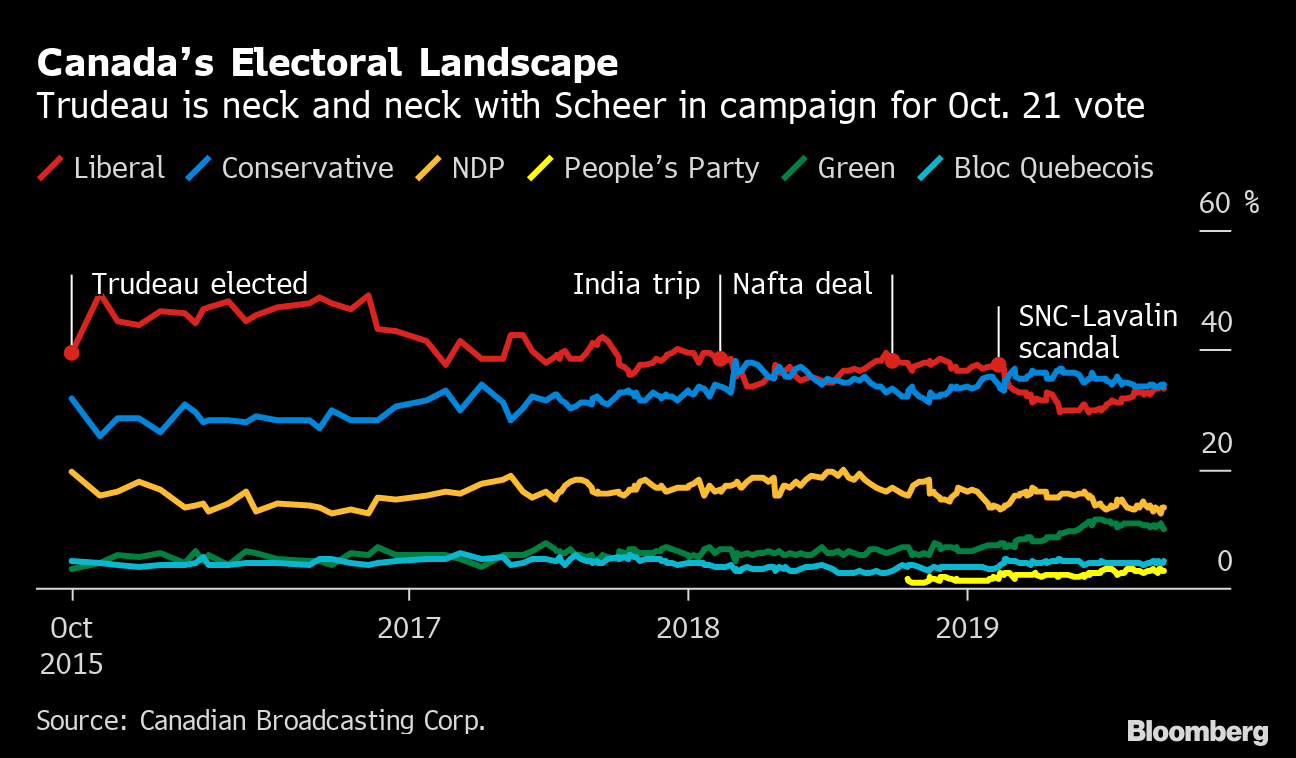