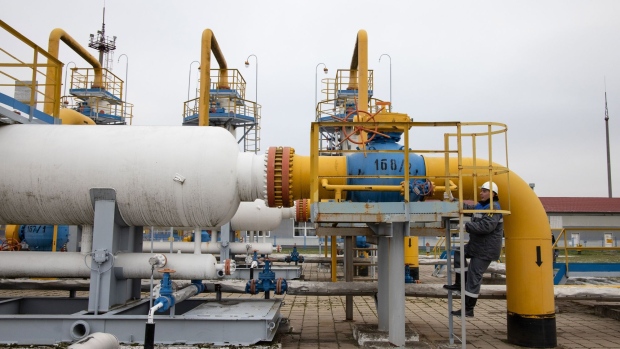 Olaf Scholz, Germany's chancellor, waits to receive arrivals on day two of the Group of Seven (G-7) leaders summit at the Schloss Elmau luxury hotel in Elmau, Germany, on Monday, June 27, 2022. G-7 nations are set to announce an effort to pursue a price cap on Russian oil, US officials said, though there is not yet a hard agreement on curbing what is a key source of revenue for Vladimir Putin for his war in Ukraine. , Bloomberg

The remarks come as Germany faces the prospects of further cuts in gas flows as the Nord Stream pipeline, the main gas conduit to Europe, will close for maintenance next week. Concerns that the pipeline won’t return to full service after the works are mounting.

“Germany has relied for too long and too one-sidedly on energy deliveries from Russia,” Scholz said at an event of the BEE renewable energy business association in Berlin on Wednesday.

“Today we have to admit: Russia uses energy as a weapon. No one actually believes that Russia is reducing its gas supplies for technical reasons alone,” Scholz added.

Scholz reiterated that Germany’s main goal was too reduce its dependence on Russian fossil fuels as quickly as possible while at the same time not jeopardizing supply security for companies in Europe’s largest economy.

Germany plans to end its coal imports from Russia by autumn and will phase out its oil imports by the end of the year, in line with European Union sanctions, the Chancellor added.