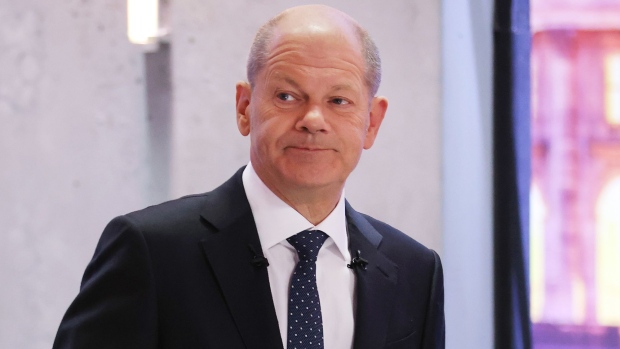 German Social Democratic chancellor hopeful Olaf Scholz told lawmakers that fighting money laundering is a key priority for him as he defended his record as finance minister at a parliamentary hearing probing this month’s raid on his office.

Prosecutors showed up at the finance ministry in Berlin on Sept. 9 and requested information as part of an investigation into whether officials at an anti-money laundering unit failed to handle cases correctly.

Scholz, who appears to have sidestepped any negative impact from the raid, said he had hired more staff for the unit in question to help deal with a backlog of cases, according to a lawmaker present at Monday’s closed-door hearing who asked not to be identified.

No officials from the unit have been accused of wrongdoing and the ministry will cooperate closely with prosecutors, the lawmaker cited Scholz as telling the hearing. Scholz put his election campaign on hold to attend the special session of the finance committee, which is taking place with just six days left until Sunday’s national election.

Scholz’s main rival for the chancellery, Armin Laschet, has seized on the raid to accuse the Social Democrat of being unfit for high office. He has also drawn comparisons with separate controversies over the collapse of payments company Wirecard AG and the Cum-Ex tax scandal.

Laschet’s attacks appear to have failed to dent Scholz’s chances of winning the chancellery, according to polls taken since the raid. An Insa survey for Bild am Sonntag published Sunday showed his SPD with a five-point lead over the conservative CDU/CSU bloc.

Fabio De Masi, a lawmaker for the opposition Left party critical of Scholz’s record, said the SPD candidate has benefited from the fact that his main rivals for the chancellery are “very weak” so the raid on his ministry is unlikely to have a substantial impact on voting intentions.

“But that’s not my primary concern,” De Masi said Monday in an interview with Bloomberg TV. “Whoever is leading Germany in the next years, we cannot afford to be the fourth-largest economy in the world while risking the integrity of our economy.”