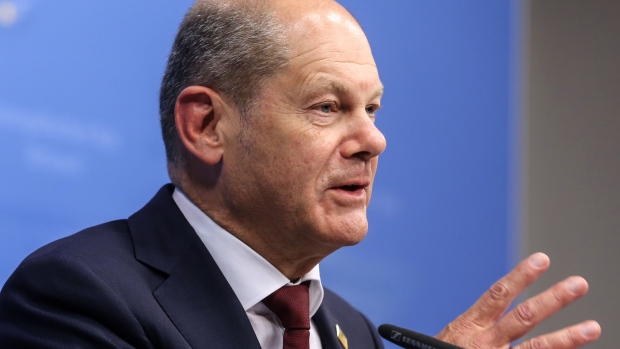 “I can assure you that Germany has a practice of doing all that is necessary to help companies which are in trouble because of external shocks,” Scholz said on Thursday, citing programs implemented during the coronavirus pandemic.

Uniper, the largest buyer of Russian gas in Germany, late Wednesday said it’s discussing a possible increase in state-backed loans or even equity investments to secure liquidity. The Economy Ministry confirmed on Thursday that talks to provide “stabilization measures” are ongoing, because of a sharp rise in gas prices and Russia’s moves to slash deliveries.

Supportive feedback from Germany is all the more important with Uniper facing slim chances of securing funding from Finland, the home country of its parent company Fortum Oyj. The Finnish government is focused on the state-controlled utility, rather than its German unit, according to a person familiar with the matter who isn’t authorized to discuss a sensitive issue publicly.

At a press conference after a meeting of NATO leaders in Madrid, Scholz was asked whether his government is prepared to help Uniper. The chancellor cited various programs during the pandemic as an example for possible support for energy companies in the current gas crisis.

He declined to comment on Uniper specifically, saying that decisions would be made on a case-by-case basis.