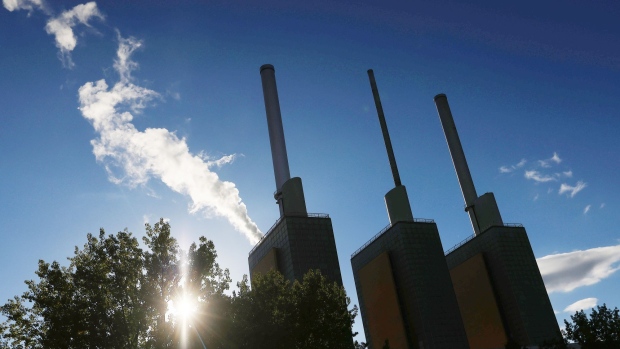 The towers of the Linden gas-fired combined heat and power plant, also known as the 'Three Warm Brothers', in Hanover, Germany, on Tuesday, Sept. 20, 2022. The German government released another 2.5 billion euros ($2.5 billion) of credit lines to secure gas supplies, as it writes off Russia as a reliable energy supplier. , Bloomberg

Germany is facing one challenge after another in responding to the energy crisis unleashed by Russia’s war in Ukraine, Chancellor Olaf Scholz said.

“We have made far-reaching decisions in Germany since the beginning of the year, ensuring that we can secure the supply of coal, oil and gas,” Scholz said in his weekly video message published Saturday. “We can say today: We’ll probably get through. But no sooner have we succeeded than the next task arises.”

Germany’s economy is already on the verge of a recession amid soaring prices and the prospect of a difficult winter after Russia halted gas shipments, which Germany relied on more than many of its neighbors. The country’s government this week decided it will nationalize Uniper SE, the country’s largest gas importer, to avert a wider meltdown.

Scholz insisted that “Russia will not win this war,” and that his government is making efforts to bring the costs of electricity and gas back down and implement support measures for households and businesses quickly.

The German leader is traveling with a group of business leaders to the Middle East this weekend as he tries to nail down deals for liquefied natural gas with Saudi Arabia and Qatar to make up for Russia’s cuts.