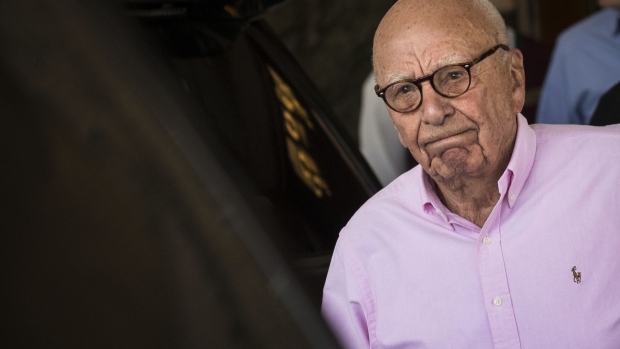 Schumer, in a letter to Murdoch and other Fox executives, cited the racially motivated mass shooting in a Black neighborhood of Buffalo by an accused gunman who cited the idea of so-called ethnic replacement, as well as other mass shootings targeting minorities in recent years.

“I implore you to immediately cease all dissemination of false white nationalist, far-right conspiracy theories on your network,” Schumer, of New York, wrote. “Proponents of this white nationalist, far-right conspiracy theory believe that a complicit or cooperative class of elites are advancing a plot designed to undermine the political power and culture of white Americans.”

He said the idea has no basis in fact but has been “injected into the mainstream” in large part by Fox News and its hosts, including on hundreds of shows by Tucker Carlson, the network’s top-rated host. He cited an Associated Press poll showing Fox viewers nearly three times as likely as other Americans to believe in the theory.

When reached for comment,  Fox News spokesperson Caley Cronin pointed to a May 16 episode of “Tucker Carlson Tonight.” In the segment, Carlson said the posting by the suspect accused of the Saturday shooting in Buffalo is “the essence of racism and it is immoral” and a “rambling pastiche of slogan and Internet meme.” He accused President Joe Biden and Democrats of using the killings as an excuse to disparage people they don’t agree with.

“I urge you to take into consideration the very real impacts of the dangerous rhetoric being broadcast on your network on a nightly basis,” Schumer wrote.