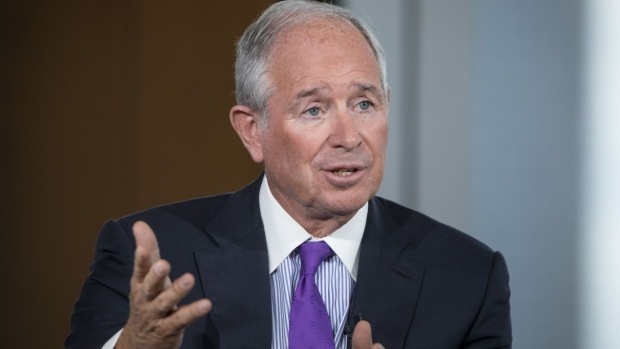 “It looks like Joe Biden,” Schwarzman, 73, said at a virtual conference held by the London School of Economics.

Trump’s refusal to accept the results of the vote has blocked Biden’s official transition, including classified briefings. During a Nov. 6 meeting of senior business leaders, Schwarzman defended Trump’s right to bring lawsuits challenging the election, the Financial Times reported this weekend.

Wall Street threw much of its support behind Biden, the projected winner of the race, and Schwarzman accounted for the bulk of the finance industry’s campaign contributions toward Trump’s re-election, according to a Bloomberg analysis in August. Schwarzman has known Trump for about 40 years, according to his book, “What It Takes: Lessons in the Pursuit of Excellence.” While he had turned down Trump’s offer to join the administration, he has attended meetings and events with the president.

At the conference, Schwarzman indicated that Republican gains in Congress show the electorate doesn’t favor extremism on either side of the aisle.

“There was no left-of-center wave,” he said. “In fact, it was right of center, and how do you explain something like that? It’s that people didn’t want to go extreme one way or another.”

--With assistance from Sabrina Willmer.