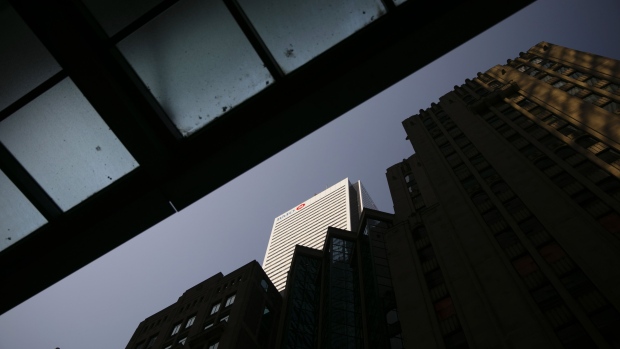 (Bloomberg) -- Bank of Nova Scotia and Bank of Montreal are signaling that souring loans are becoming less of a concern.

Bank of Montreal set aside C$156 million ($124 million) in provisions for credit losses in the fiscal first quarter, down 64% from the previous three months and about a third of what analysts expected. The bank even had a C$59 million recovery of provisions on performing loans, citing “an improving economic outlook” and positive credit trends. Scotiabank on Tuesday reported provisions of C$764 million, down 32% from the fourth quarter and 20% less than analysts projected.

Government programs that supported consumers and businesses over the past year have helped prevent the surge in defaults that Canada’s banks prepared for by recording massive provisions for loan losses early in the coronavirus pandemic. The banks also are benefiting from an increased focus on costs that has helped blunt the impact of a more challenging revenue environment.

“Results were better pretty much across the board,” Credit Suisse Group AG analyst Mike Rizvanovic said in a note on Bank of Montreal’s earnings. The recovery of provisions on performing loans “materialized earlier than we had expected.”

Scotiabank shares have risen 4.8% this year, compared with a 5.2% increase for Bank of Montreal and a 5.9% gain for the S&P/TSX Commercial Banks Index.

Both lenders also benefited from cost cuts that helped make up for the drag the pandemic has put on revenue. Scotiabank, Canada’s third-largest lender, cut non-interest expenses by 4.8% from a year earlier, while Bank of Montreal reduced those costs by 1.5%.

The banks’ capital-markets units continued to benefit from the increased volatility and rising equity markets of the past year. Profit at Bank of Montreal’s capital-markets division rose 36% from a year earlier, driven by higher trading revenue, while earnings at Scotiabank’s global banking and markets operations increased 46% amid strength in fixed-income trading, equity underwriting and mergers and acquisitions.

“Scotia’s strong results were on the back of higher revenues, as both wealth management and capital markets reported impressive growth,” John Aiken, an analyst at Barclays Plc, wrote in a note to clients.