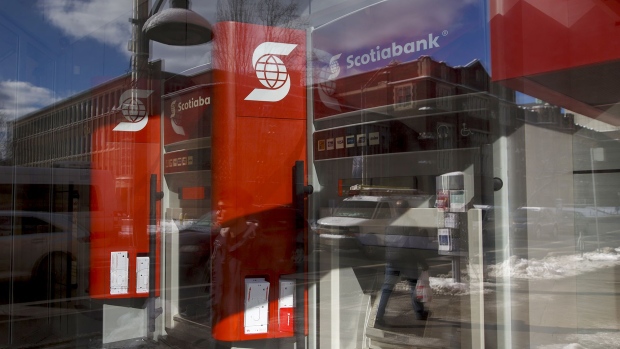 (Bloomberg) -- Bank of Nova Scotia’s compliance officers failed to stop its precious metals traders from manipulating markets despite having information about the activity, according to the U.S. government.

The bank agreed to pay $127.4 million to settle allegations that its traders manipulated precious metals markets, including gold, silver, platinum and palladium, according to the government. The order from the Commodity Futures Trading Commission and deferred prosecution agreement from the U.S. Justice Department shed light on the lack of action by the compliance group at the Toronto-based bank.

“Between August 2013 and February 2016, three Scotiabank compliance officers possessed information regarding unlawful trading by one of the traders other than Flaum but failed to prevent further unlawful conduct by this same trader,” the Justice Department wrote in a statement, referring to Corey Flaum, who pleaded guilty in July 2019 to attempted price manipulation in connection with precious metals futures contracts trading at the bank.

In 2013, an unidentified Hong Kong-based trader referred to by the CFTC as Trader A messaged a compliance officer seeking clarification about a memo outlining prohibitions on disruptive trading practices under the Dodd-Frank reforms. That trader provided “substantial information regarding the nature of his trading, including by describing how he placed groups of one-contract orders on one side of the market to facilitate executions on the opposite side of the market.”

The officer forwarded the question to two other Scotiabank compliance officers, but nothing was done. Two and a half years later, one of Scotiabank’s futures commission merchants reached out to one of those officers asking about suspicious trading by that trader -- flagging six instances of activity for possible spoofing.

Scotiabank’s compliance officers reviewed the information and responded that “[W]hat is being seen may look like potential layering or spoofing, but based on the fact [that] we are talking [about] 1 lots, we believe he is just adjusting his exposure to the marketplace.”

The CFTC argued that these two instances show that Scotiabank’s staff “had substantial information regarding, but failed to stop, unlawful trading by Trader A between August 2013 and February 2016.”

The Justice Department said Scotiabank made a voluntary disclosure to the CFTC regarding Flaum’s possible spoofing after one of its futures commission merchants flagged the action, but the disclosure was “materially incomplete,” impairing the CFTC to fully investigate the matter.

“Compliance staff thus contributed to the illegal conduct and undermined the control functions necessary to an effective compliance program,” CTFC said Wednesday in its filing.

“At Scotiabank, we understand that in order to maintain the trust of our stakeholders, we must adhere to trading-related regulatory requirements and compliance policies,” the bank said earlier in a statement.