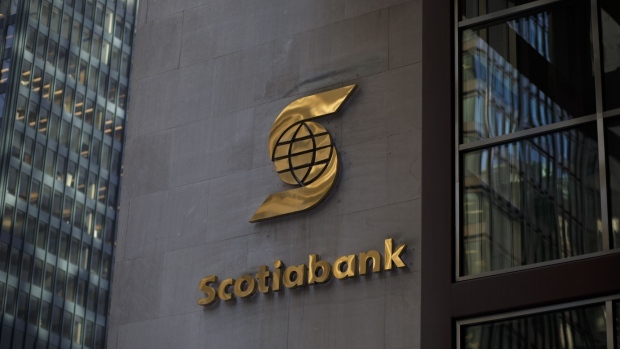 TORONTO -- Canadians eyeing internships, co-op placements and graduate positions at Scotiabank no longer have to polish up their resumes.

The Toronto bank removed the requirement as part of its campus hiring program and has begun using assessments from Waterloo, Ont. technology company Plum to help find untapped talent and ease the barriers to employment among some population groups.

"We are taking away any bias, which would be where did someone go to school, what jobs did they have before and what opportunities did they have or not have based on their upbringing or circumstances?" said James Spearing, Scotiabank's vice-president of talent acquisition.

"(We're) removing as much of that possible and giving a level playing field."

The decision has already boosted the bank's number of hires for people of colour and increased its retention rates.

Many companies have spent recent decades experimenting with innovative recruitment methods such as personality tests and application assignments and Scotiabank's move comes as Hisayuki (Deko) Idekoba, an executive at the parent company behind job websites Indeed and Glassdoor, urged companies this week to address worker shortages by abandoning resumes.

However, few have been bold enough to ditch resumes altogether.

"A lot of companies talk about it, not many actually do it," said Caitlin MacGregor, Plum's chief executive. "Scotiabank is leading the way."

Plum, for example, is used by consulting behemoth Deloitte, carmaker Hyundai and even Canada's national defence department, but none fully dropped the resume requirement, MacGregor said.

Spearing still sees the value in resumes and won't penalize applicants for including one because writing a CV can teach people to market themselves and review their skills, but he feels not requiring one widens Scotiabank's talent pool, creating a better chance that good candidates aren't overlooked.

The bank started its no-resume experiment with roughly 1,000 student intern roles and 250 spots in co-op programs that it recruits for some 300 to 400 events per year, including coffee chats, business overview sessions, hackathons and sponsorships.

Its new hiring processes has expanded to include the bank's recruiting team using Plum's platform to determine which requirements are most important for jobs they are looking to fill.

Requirements range from the ability to come up with innovative solutions to how someone sets goals, monitors progress and executes projects.

Applicants then complete a Plum assessment with problem solving, personality and situational questions targeting those requirements.

Applicants receive information on their talents, work style and preferences, while recruiters see a "match score" indicating each candidate's potential fit with the role they are hiring for and other openings.

The information is used to determine who to interview or hire.

"We, as humans, are flawed and we misinterpret that data all the time," she said.

"We think 'Oh, they took five years to study that so that must be because they're not very smart,' but maybe there are financial reasons for that or maybe they had to juggle part-time jobs as a way of paying for all of that and so it took them longer."

"It could potentially reduce the importance of some sort of bias triggers like 'I like sports team X and this person has some connection to sports team X on their resume,"' he said.

But assessments can also be lengthy -- Plum's takes about 25 minutes -- and sometimes software can have difficulties picking up on how transferable some skills are, he said.

Scotiabank has used the software for about a year, but already seen benefits.

In its inaugural year, the platform helped the bank recruit from 30 colleges and universities nationally and almost 50 per cent of hires now have STEAM (Science, Technology, Engineering, the Arts and Mathematics) degrees.

Minorities now make up almost 60 per cent of recruits in the campus program and women represent about 50 per cent of hires.

The program-wide retention rate has soared to 46 per cent from 26 per cent pre-launch.

Spearing is proud of the results, but thinks it will take more time to see the real perks of the system and how hires brought in through the platform progress.

"We still have work to do to show the longer term benefits.