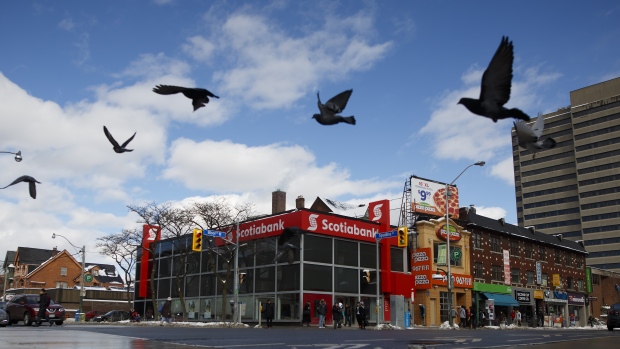 Siskinds LLP and Bates Barristers PC alleges investors who hold the funds in discount brokerages receive no value for the trailing commissions paid.

The allegations have not been proven in court.

Scotiabank's (BNS.TO) 1832 is the trustee and manager of Scotia and Dynamic mutual funds. The bank declined to comment as the matter was before the courts.

Siskinds and Bates Barristers say it's the second proposed class action they have filed related to trailing commissions on mutual funds sold through the discount brokerage channel.

A proposed class action has also been filed against TD Asset Management Inc., the trustee and manager of TD mutual funds.