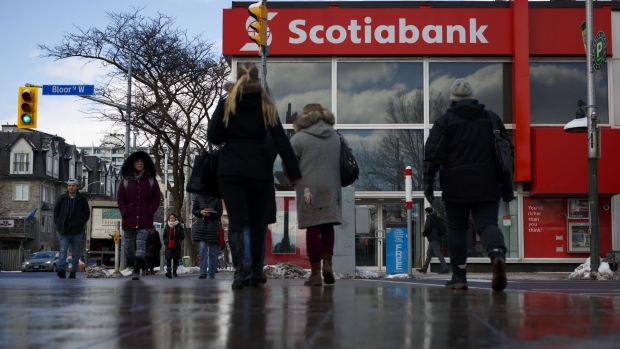 The agreement builds on an existing partnership that Scotiabank and BestEx Research have in the U.S. and is expected to be rolled out in the second quarter of 2022, the firms said Wednesday. The multiyear deal will make Scotiabank the only one of Canada’s Tier 1 banks to have access to the system, the firms said.

The BestEx Research platform has been a hit among Scotiabank’s U.S. clients because of its ease of use, reliability and performance, said Paul O’Hea, the bank’s global head of equity sales and trading. Programs such  BestEx -- which work to save clients money on trades by optimizing the size, pricing and timing of their orders as well as the exchanges or dark pools they’re routed through -- have become “table stakes” in the industry and a must-have feature for clients, O’Hea said.

Scotiabank and BestEx Research will spend the next few months tailoring the platform to Canada, taking into account differences in the markets’ liquidity and rules and other quirks like the preponderance of stocks listed domestically and in the U.S.

“We’re really trying to replicate that success and bring it north of the border, where Canada is very much a unique market compared to the U.S.,” O’Hea said in an interview.

BestEx Research will be added to the ScotiaRED service, which O’Hea said is used by “multiple hundreds” of clients, including pension, hedge and mutual funds.

The BestEx Research platform goes further than algorithmic trading programs that rely solely on sets of rules for improving execution because it has the ability to customize and back-test the strategies against historical trading data to improve them, Founder and Chief Executive Officer Hitesh Mittal said in an interview. Competing platforms have to be tested and modified while actually in use in the market, he said.

“We’ve shrunk that time horizon that it takes to optimize an execution algorithm from months to a couple of days,” Mittal said.