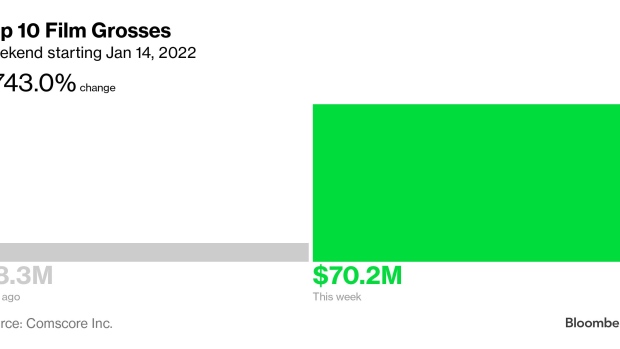 (Bloomberg) -- The horror reboot “Scream” unseated “Spider-Man: No Way Home” atop the U.S. and Canadian box office, knocking off the film that’s become the highest-grossing movie of the pandemic era, with more than $1.6 billion in ticket sales globally in four weeks of release.