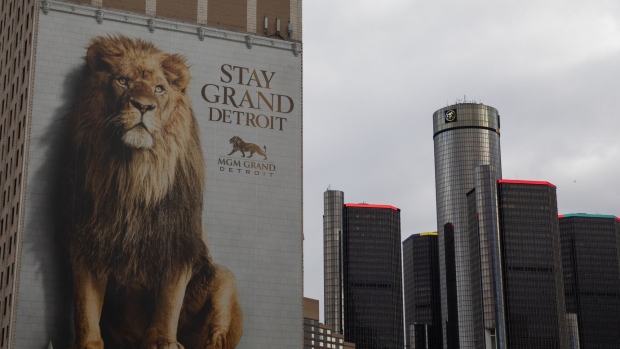 Terms of the deal weren’t disclosed in a statement provided to Bloomberg News. The Lansing, Michigan-based company will be valued at more than $1 billion, including debt, according to a person familiar with the matter, who asked not to be identified because it was private.

Searchlight declined to comment on the valuation, while representatives for Adams and British Columbia Investment Management couldn’t be reached.

The privately held firm, founded in 1983 by Steve Adams, said it’s the fourth-biggest billboard company in the U.S. It operates in Michigan, Wisconsin, Illinois, Pennsylvania, Virginia and North and South Carolina.

Steve Adams is a shareholder and also on the board of Camping World Holdings Inc., a publicly traded recreational vehicle retailer, according to data compiled by Bloomberg.

The outdoor advertising market was hurt when the coronavirus pandemic hit last year. It has since bounced back along with travel and advertising spending.

“While macroeconomic uncertainty lurks, we believe in the growth potential of outdoor, which has been the most resilient traditional ad medium, particularly with a shift to digital displays,” Bloomberg Intelligence Senior Industry Analyst Geetha Ranganathan said in a note in August.

Searchlight’s Darren Glatt said in a statement that outdoor advertising plays an important role in for local businesses and governments. The investment will help Adams expand its footprint and execute on strategic mergers and acquisitions, he added.

British Columbia Investment Management Corp. helps manage the public sector funds of Canada’s Westernmost province. One of Canada’s largest asset managers, it has managed assets of C$199.6 billion ($156 billion), according to its website.

PJ Solomon, which is owned by Natixis SA, advised Adams along with the law firm, Kaplan, Strangis and Kaplan, while Barclays Plc and Latham & Watkins served as Searchlight’s advisers.