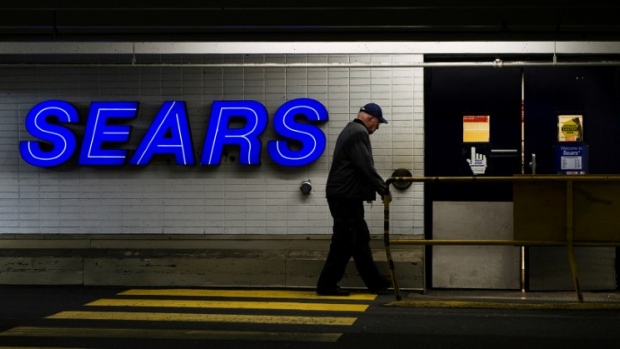 Sears Canada Inc (SRSCQ.PK) said late on Friday that it has asked a court to extend creditor protection that expires on Wednesday by another month so it can finish negotiating a deal that would keep the iconic brand running in Canada, and that it wants to close a number of stores.

The company said it plans to ask the court to approve a number of sales, including one that would result in the closure of 11 stores across the country, which in total employ 1,200 people.

Sears Canada, which in 2012 was spun off from U.S. retailer Sears Holdings Corp (SHLD.O), filed for creditor protection in June and laid out a restructuring plan that included cutting 2,900 jobs and closing roughly a quarter of its stores.

The company said late on Friday that it is in negotiations with its executive chairman Brandon Stranzl, who submitted a conditional bid on Aug. 31 that he amended last week.

The statement did not identify any other bidders.

Sears Canada also said it will ask the court to approve deals to sell assets from its trucking firm, S.L.H. Transport Inc, and home improvement units that provide duct cleaning, oil, and heating and cooling services.

The statement did not identify financial terms of the potential deals, which it said it hopes the Ontario Superior Court of Justice will approve on Wednesday.