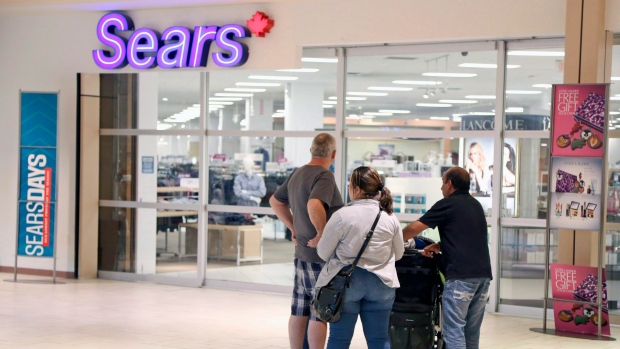 Shoppers outside a Sears store entrance at the Marlborough Mall in Calgary , The Canadian Press

TORONTO - Sears Canada Inc. (SCC.TO) says it has received notice that its common shares will be delisted from the Toronto Stock Exchange at the close of market on July 28.

The retailer, which is restructuring under court protection from creditors, says it does not intend to appeal the decision, as its shares remain suspended from trading.

Sears Canada has piled up losses and seen its stock nosedive, losing more than 80 per cent of its value in the last year.

The company announced last week that it will close 59 locations and cut approximately 2,900 jobs as part of its restructuring under the Companies' Creditors Arrangement Act (CCAA).