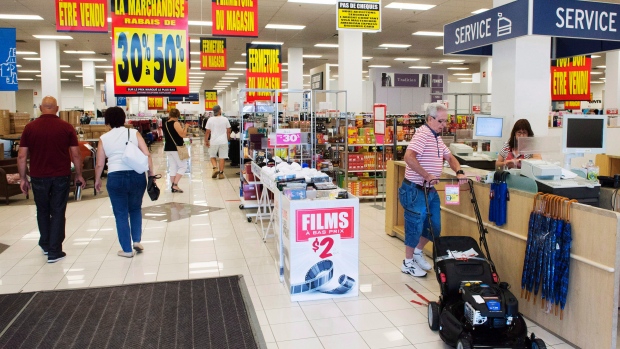 TORONTO -- The court-appointed monitor for Sears Canada is warning that its available funds are running low and there may not be enough time to reach an acceptable deal with a buyer group headed by its executive chairman, Brandon Stranzl.

In its third report to Ontario Superior Court, the monitor says Sears Canada is losing money on a weekly basis but will have enough liquidity to fund operations to Nov. 7 -- subject to agreement of its restructuring lenders.

It says the Stranzl group's initial proposal to buy the business as a going concern would provide unsecured creditors with less than would sales of the Sears Canada assets piece by piece and liquidation of its remaining inventory.

The report, dated Oct. 2, says a lawyer for the Stranzl group has indicated that a revised proposal will be submitted.

"The Stranzl Group Proposal as currently presented may not be executable within the timeline and liquidity available to (Sears Canada)," the report says.

The monitor supports the company's request for permission to sell some business assets -- notably the Corbeil franchise chain, the SLH Transport operation and the Viking appliance brand.

It said that Sears Canada isn't yet asking for permission to begin a second round of store inventory liquidations, as announced last week, but added that it expects the company would return to the court "in the coming days" if a "going-concern" transaction can no longer be pursued.

"The monitor, the applicants and their advisors are cognisant of the fact that liquidation sales in the retail industry yield better results if they are completed before and during the lead up to the December holiday season, which also impacts recovery to stakeholders," the report says.