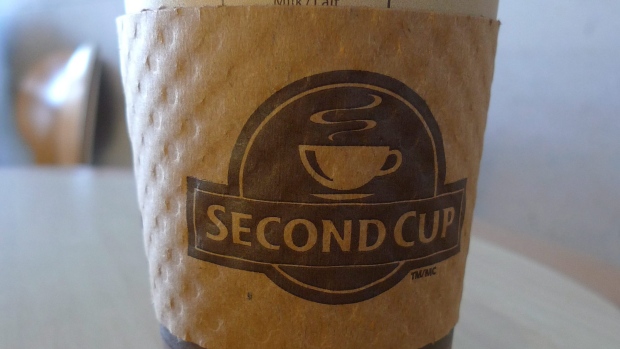 MISSISSAUGA, Ont. -- The Second Cup (SCU.TO) says it has established a special committee to review its strategic options.

The formation of a committee follows comments by the company earlier this year that it was pursuing options to refinance its debt.

Such strategic reviews by companies often result in a sale or other major transaction.

The coffee shop chain has struggled to hold onto market share as rivals such as Tim Hortons and Starbucks have expanded.

The company made the announcement as it reported a net loss of $75,000 or a penny per share for the third quarter ending Sept. 24, an improvement from the $1.1 million loss or nine cents per share for the same period last year.

The Second Cup was founded in 1975 and has more than 295 franchised and company-owned cafes in Canada.