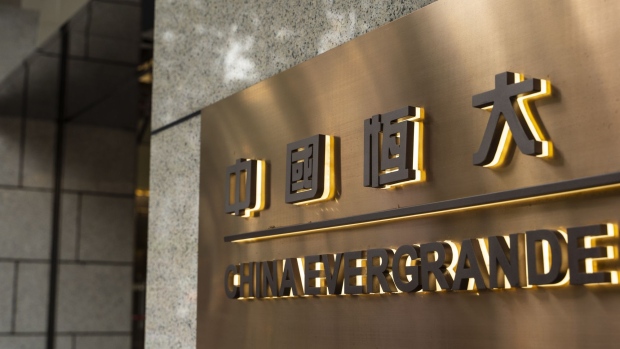 (Bloomberg) -- A little-known property company has been adding to its money-losing wager on China Evergrande Group, amassing bond holdings with a face value of $1 billion despite growing fears of a default.

Asia Orient Holdings Ltd., led by secretive tycoon Poon Jing, disclosed its position in a Hong Kong exchange filing this week showing it and group firms had spent at least $230 million on Evergrande debt over the past year. Asia Orient added to holdings in the midst of a deep market selloff on June 9, while an affiliate made purchases about a week later.

With Evergrande bonds now trading near record lows, Poon’s company and its affiliates are sitting on unrealized losses on disclosed holdings.

It’s another example of how billionaire Hui Ka Yan’s Evergrande has attracted backers willing to invest in the world’s most indebted developer during times of market stress. Hui has often counted on his tycoon friends, such as the group of magnates called the Big Two poker club, to buy when Evergrande’s shares and bonds were tumbling.

“You do see the same names sort of cropping up” in Evergrande deals, said Nigel Stevenson, an analyst at GMT Research Ltd. in Hong Kong. He said social connections probably play an important role in many Evergrande transactions.

Asia Orient, which didn’t respond to requests for comment, and its group firms are sitting on potential losses on Evergrande bond investments disclosed in the filing this week, according to data compiled by Bloomberg. For example, the company invested $39.7 million in Evergrande dollar bonds due 2023 at the end of September, when the notes were trading between 76 cents and 91 cents on the dollar. Those same bonds are now priced at around 58 cents.

Evergrande’s bonds have tumbled over the past two months amid reports of rising regulatory scrutiny, missed payments to suppliers and increasingly wary banks. Earlier this week, at least four of Hong Kong’s largest lenders stopped providing mortgages to buyers of Evergrande’s unfinished apartments in the city.

But Asia Orient and its affiliates have continued to buy, just as they did during Evergrande’s last liquidity crisis in the fall of 2020. The company and its units snapped up $43.5 million in Evergrande notes on June 8-9, according to an exchange filing. A group company bought $2.6 million of the bonds on June 18.

Asia Orient is the parent of Asia Standard Hotel Group Ltd. and Asia Standard International Group Ltd., both of which are also listed in Hong Kong. The group has business in Hong Kong, Shanghai, Beijing and Vancouver. Poon’s sons, Poon Hai and Poon Yeung, and his brother-in-law, Clement Fung, all sit on Asia Orient’s board.

The Billionaire Club Behind China’s Most Indebted Developer

Asia Orient and its units have been accumulating Evergrande bonds since at least 2016, according to company reports.

Investments accounted for most of Asia Orient’s recurring income, with listed debt securities making up 97% of its portfolio as of the end of September, according to a semi-annual report for the six months ended Sept. 30. Most of the issuers are mainland Chinese developers, including Kaisa Group Holdings Ltd. and Jiayuan International Group Ltd.