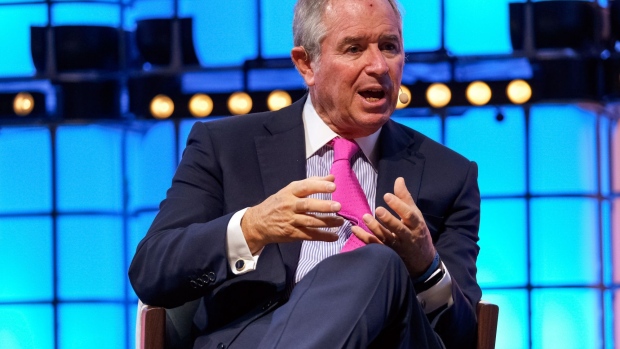 (Bloomberg) -- Blackstone Group Inc. co-founder Stephen Schwarzman gave $10 million to the Senate Leadership Fund, a super-PAC tied to Majority Leader Mitch McConnell, part of a $27 million haul it raised in July according to its latest filing with the Federal Election Commission.

The super-PAC ended July with $117.5 million cash on hand, money that will be used to try to defend the Republican hold on the Senate. It outraised its Democratic counterpart, the Senate Majority PAC, or SMP, which took in $18.4 million and had $88.3 million in the bank.

Republicans face a tough election map this year, with 23 seats to defend to just 12 for Democrats. The Cook Political Report rates races with six GOP incumbents as toss-ups, and one, involving Senator Martha McSally of Arizona, as leaning Democrat. Republicans currently hold 53 seats in the chamber.

It’s not Schwarzman’s first eight-figure donation to the Senate Leadership Fund. He gave it $10 million in February. The private equity mogul has also poured $3.7 million into committees that support President Donald Trump’s re-election.

Mellon, who used racial stereotypes in his self-published autobiography, has also given $10 million to America First Action, a super-PAC that backs Trump, and another $10 million to the Congressional Leadership Fund which supports GOP House candidates.