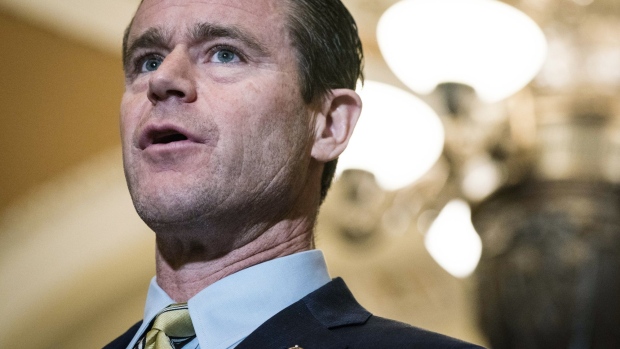 (Bloomberg) -- A bipartisan duo of U.S. senators are urging Pope Francis to confront the Chinese government over the treatment of Uighur Muslims in the Xinjiang province of China, bolstering a message delivered last month by the Trump administration.

“As the leader of the world’s largest institution of faith, we respectfully request that Your Holiness do all that you can to protect the most basic human rights for all people, including Uyghurs in Xinjiang,” Republican Todd Young and Democrat Tim Kaine wrote in a letter to be sent Monday.

The letter comes as the Vatican begins negotiations with the Chinese Communist Party over renewing an agreement over the appointment of bishops in the country. President Donald Trump signed into law legislation this year that requires him to sanction officials found responsible for oppression of Uighurs and members of other Muslim minority groups.

“We ask that Your Holiness challenge the leadership of the People’s Republic of China, as you have challenged leaders around the globe,” Young and Kaine wrote. “We encourage you to use your loud and formidable voice as a voice for love that encourages all the nations of the world to pursue peace and justice.”

Secretary of State Michael Pompeo last month urged the Vatican to ramp up its opposition to governments abusing religious freedom, saying on Twitter that “the Vatican endangers its moral authority should it renew the deal” with China. He also published a critique of the agreement in a religious magazine.

The lobbying has generated pushback from influential Vatican officials, with Cardinal Oscar Andres Rodriguez Maradiaga, who coordinates a papal commission on Church reform, telling daily la Repubblica that the U.S. “must not interfere in our relations with China.”