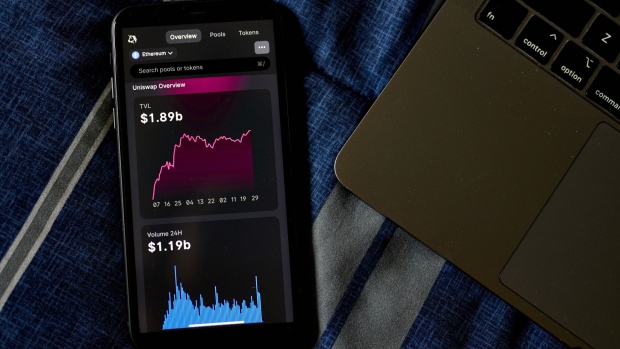 (Bloomberg) -- A bipartisan group of lawmakers released an alternative cryptocurrency revenue-raising plan that could replace a current section in the infrastructure bill now under consideration in the U.S. Senate.

The amendment, filed by Senate Finance Committee Chairman Ron Wyden and Republican Senators Pat Toomey and Cynthia Lummis, offers a more targeted approach to requiring cryptocurrency exchanges and other virtual currency entities to report information to the Internal Revenue Service. It would need to garner at least 60 votes in the Senate.

The amendment would target the proposed information-gathering from crypto brokers to affect “only those persons who conduct transactions on exchanges where consumers buy, sell and trade digital assets,” the text showed. This would leave out those mining or staking, or selling hardware or software, the proposal showed.

The current version of the $550 billion infrastructure legislation has been criticized by cryptocurrency investors and Twitter Inc. chief executive office Jack Dorsey for being overly broad and requiring some crypto-related businesses -- like miners or software developers -- to report to tax collectors data that they don’t have access to.

The current measure is projected to raise $28 billion, helping offset a portion of the bill’s price tag. An estimate of the new plan’s revenue-raising prospects was not immediately available.

The Senate is voting on amendments to the infrastructure bill this week, and a final vote could come as soon as this weekend. The crypto amendment has not yet been scheduled for a vote. Meantime, the House has yet to take up the bipartisan Senate bill.