Canada’s economy added 378,200 jobs in September, more than double the median forecast, as school reopenings allowed parents to get back to work.

It was a fifth straight month of gains, and means the labor market has now recovered three quarters of the 3 million positions lost during March and April. The jobless rate fell to nine per cent, from 10.2 per cent in August. Economists were expecting a job gain of 150,000 and an unemployment rate of 9.8 per cent.

Friday’s figures show the country’s labor market is recovering faster than anticipated. The jobs gains were mostly in full-time work, and were widespread across industries, with increases in manufacturing, education and accommodation. The return to school in September was a key driver. 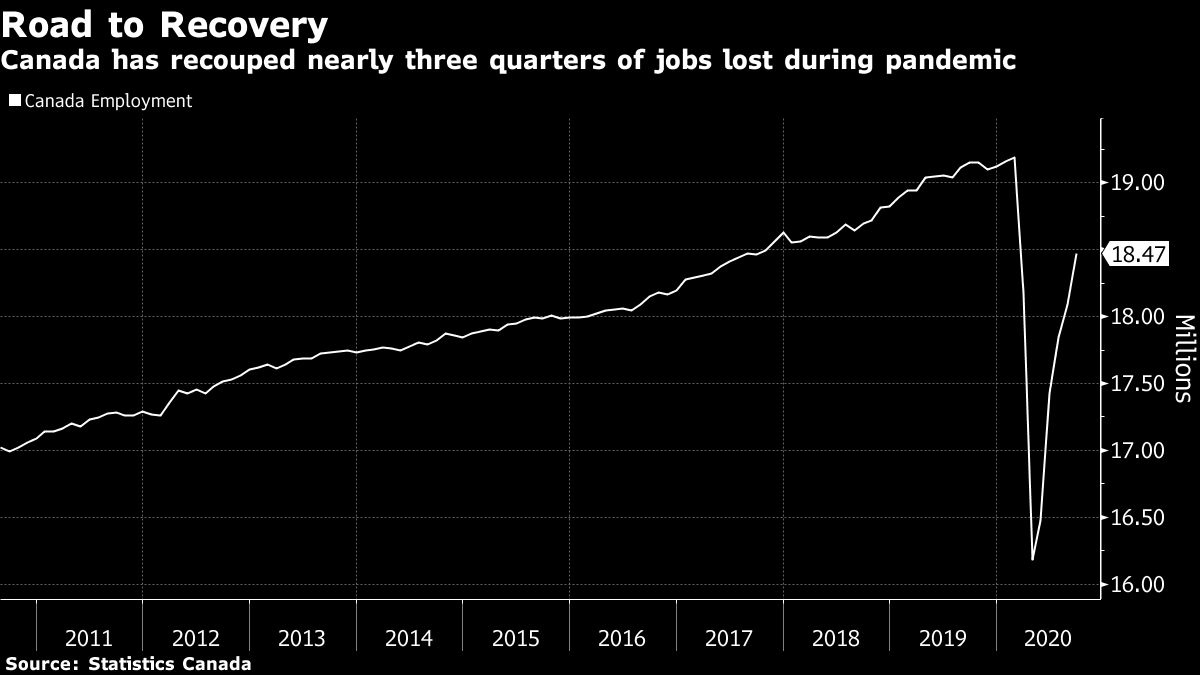 “Back-to-school translated into back-to-work for many Canadians,” Royce Mendes, an economist at Canadian Imperial Bank of Commerce, said in a report to investors.

It’s unclear how long the improvement will last. Canada is in the midst of a second wave of Covid-19 cases and some cities have already forced some businesses to close again to curb the outbreak. Further restrictions risk reversing the current recovery and could prompt more damage to the labor market. The adjusted unemployment rate, which includes people who want to work but aren’t looking, is 11.9 per cent.

In Canada, increases were driven by core-age women, those ages 25 to 54, a group that saw its unemployment rate drop to seven per cent in September, the lowest rate among the major demographics, and the closest to pre-covid levels.

The education sector added 68,300 jobs in the month.