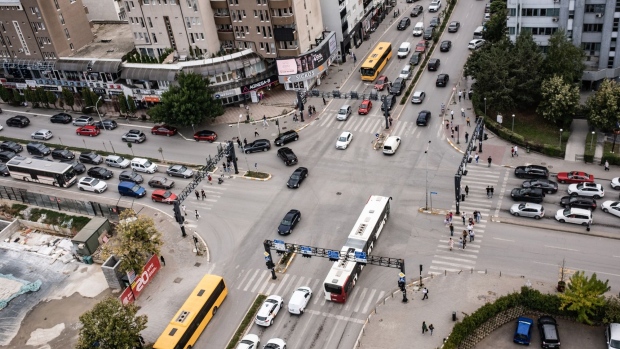 Traffic at a road junction in central Pristina, Kosovo, on Monday, Aug. 22, 2022. The leaderships in Kosovo and Serbia are under increased pressure on them from Washington to Brussels to deliver on their pledges to reconcile after cementing their power. , Bloomberg

Josep Borrell on Wednesday said in a Twitter post that Serbia will stop issuing license plates with Kosovo cities’ designations. In return, Kosovo will “cease further actions related to re-registration of vehicles,” he said after hours of negotiations with both parties.

Chief negotiators for both nations also agreed to fully focus on a proposal to normalize ties, he said. That’s crucial for their goal of joining the EU.

Kosovo, which declared independence from Serbia in 2008, saw the standoff over license plates as a test of its ability to govern over all people living within its borders.

Serbia, which refuses to acknowledge Kosovo’s sovereignty and still considers it part of its territory, has said the majority ethnic-Albanian government wasn’t respecting the rights of ethnic Serbs.

“The agreement enhances security and advances efforts to normalize relations,” US Ambassador to Kosovo Jeffrey M. Hovenier said on Twitter.

(Updates with quote from US official in sixth paragraph)