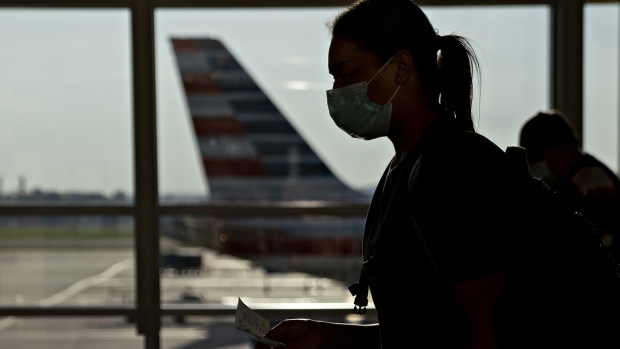 The Trump administration on Monday gave American Airlines Group Inc. emergency approval to deploy a new weapon against COVID-19: a surface coating that kills coronaviruses for as many as seven days.

Environmental Protection Agency Administrator Andrew Wheeler said the agency was issuing the emergency declaration for Allied BioScience Inc.’s SurfaceWise2 product, allowing Texas Methodist Health Group and American Airlines to use the product on some airport facilities and planes. The agency is also authorizing its use at certain locations of Texas-based Total Orthopedics Sports & Spine.

“This is a groundbreaking step that is expected to provide a longer-lasting protection in public spaces, increasing consumer confidence in resuming normal air travel and other activities,” Wheeler told reporters on a conference call.

The EPA issued the emergency exemption under the Federal Insecticide, Fungicide and Rodenticide Act. Allied BioScience will continue to pursue a non-emergency approval for the product to allow more widespread, continued use.

The move comes as the Trump administration seeks to propel emerging treatments and protections against the coronavirus, and several companies race to deliver an effective, safe vaccine. On Sunday, President Donald Trump announced the administration was authorizing the use of a blood-plasma treatment for COVID-19.

Surfacewise works by binding to surfaces and continuing to kill the viruses and bacteria that land on it, including the virus that causes Covid-19, said Maha El-Sayed, chief science officer for Allied BioScience.

The EPA’s exemption program can only be offered in response to applications from states and other federal agencies. While the current approval is limited to Texas, Wheeler said it’s possible that other states and facilities could apply for the emergency approval. That could open up the product’s use in schools and other buildings.

“We haven’t granted a blanket authorization,” Wheeler said, and need to vet uses on a surface-by-surface basis.