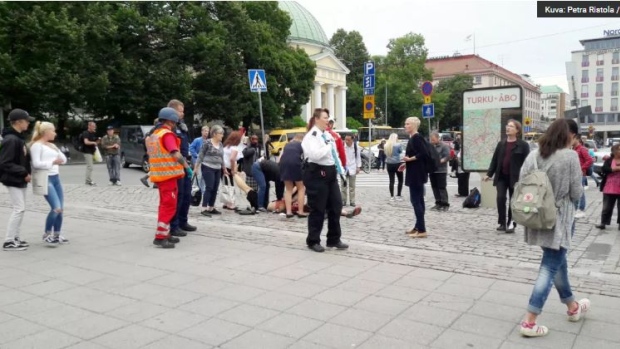 COPENHAGEN -- A man stabbed several people in Finland's western city of Turku before police shot him in a leg and detained him Friday, police said, adding that authorities were looking for more potential suspects.

Finnish broadcaster YLE says several people were seen lying on the ground in Puutori square in central Turku. On Twitter, police urged people to avoid that part of Turku.

One person has been "apprehended," Finnish police said, adding "several people had been stabbed." Their conditions weren't immediately available.

Tabloid Ilta-Sanomat says six people were injured, one man and five women, and that a woman with stroller was attacked by a man with a large knife.