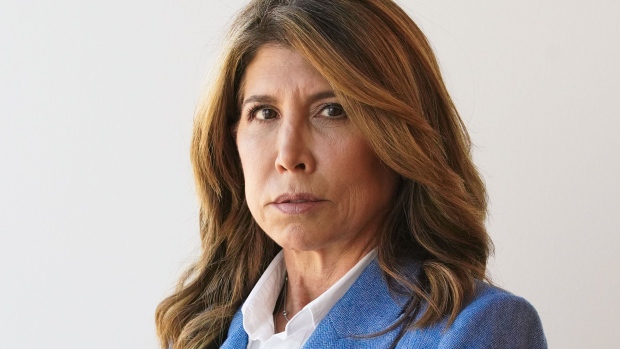 (Bloomberg) -- When things were going well for Randee Paston inside Cantor Fitzgerald, the bond saleswoman was dealing with major clients, making millions of dollars for the firm and helping to spearhead a women’s network inside the Wall Street brokerage. That changed when a group of men joined her Manhattan office from a Swiss bank in late 2017, she said, chasing her clients and essentially pushing her out last year.

Since then, in a battle that started in court and was kicked into secretive arbitration, Paston accused former colleagues of looking at videos of naked women at work, joking about sex and prostitutes and breaking trading rules.

Her allegations echo a lawsuit brought by Lee Stowell, a single mother of six who was also a managing director at Cantor Fitzgerald. She accused the brokerage last year of harassment and retaliation, allegations that it denies. A company spokesman declined to comment on the latest case.

“I definitely was bullied,” Paston said in an interview. “I don’t think anybody should be treated how I was treated.”

Wall Street has few women in seats of power, and fewer windows into what it looks like when things go wrong for them. Two years into the #MeToo movement, some bankers like to say that practically no influential men in the industry have lost their jobs because it swept away ugly habits ages ago. Yet recent lawsuits -- from people including women, a new dad and a gay Muslim -- tell a different story.

The brokerage didn’t actually force Paston out, according to people familiar with the thinking of executives there, because it made offers for her to stay with either a different pay structure or new clients. Those executives don’t see the similarities between the two women’s complaints as a sign that there’s a pattern of bad behavior in the firm, but instead suspect Paston was mimicking Stowell’s allegations. She said she didn’t copy anybody.

A jury will probably never hear Paston’s case. After she sued Cantor for discrimination and retaliation, the firm told a New York court that it should stop the proceedings because she signed a promise years ago to take any complaints into the private system of arbitration. While tech giants have agreed under pressure to stop forcing workers to arbitrate their fights with bosses, it’s still common on Wall Street. A judge agreed with Cantor this year, which means Paston is going to confront the firm behind closed doors.

“I still get my day -- even though it’s not the venue I want, it’s still a venue,” she said. “I want somebody to hear my story.”

By the time Paston arrived at Cantor Fitzgerald from UBS Group AG in 2009, she had spent about two decades on Wall Street. “Randee’s success was in spite of an environment back then where women often were forced into lesser roles and were the minority of the workforce,” said Michael Barnes, who oversaw different trading strategies at the Swiss bank when she worked there. He admired her tenacity. “As a woman in her senior role trying to prove her worth, you have to have thick skin.”

At Cantor Fitzgerald, Paston said colleagues joked about the body of a woman they worked with when she was within earshot. And Paston said at one point she saw two bosses watching the version of Robin Thicke’s “Blurred Lines” video with topless models. Executives have denied that it ever happened, according to the people familiar with their positions.

One trader eyed their boss’s underage daughter, Paston said, and bragged about sleeping with the most women in a week. That colleague, Chris Obara, later joined Bloomberg LP, owner of Bloomberg News. He declined to comment.

“These guys are acting like children,” she recalled telling a top Cantor executive. “This is not acceptable.”

Near the end of 2017, a trader named Mike Collins arrived from Credit Suisse Group AG, followed by three colleagues. They started calling her clients and keeping details from her, she said, ignoring her or rolling their eyes when she asked what was going on. In her arbitration filing, she accused Collins of front-running by buying bonds for his own book that he knew her clients wanted. The firm investigated those claims and executives found no corroboration, according to the people familiar with their thinking. They said Paston didn’t focus on gender when she initially complained she was being marginalized.

Cantor eventually offered her $1 million to leave, according to her lawsuit, with half delivered in a month and the rest in a year. But when the firm laid off certain men, she said, it let them take home bigger sums with less delay. So she sued last May, and 10 months later a New York court sent her case into arbitration.

Cantor has clashed with other women. In December, the firm sued billionaire boss Howard Lutnick’s former assistant, Taylor Shaw, alleging that her lawyer had threatened to release emails and texts from him that “would not be pretty.” They settled in January, when she promised not to use any confidential information about him, though it’s not clear what it was. Two months later, arbitrators awarded more than $475,000 to Jennifer Goldstein, a former broker at Cantor affiliate BGC Partners, for allowing a hostile work environment and retaliation. She also had claimed gender discrimination -- like the two former bond saleswomen.

The week that Paston’s New York case was sent to arbitration, the other former managing director, Stowell, got good news: A judge in New Jersey sided with her, saying she could stay in court to fight her case because the arbitration agreement she apparently signed years ago wasn’t clear enough. Cantor is appealing.

“I’m rooting for her,” Paston said. “I can’t imagine a woman would want to go through all of this unless they really want to be vindicated, and somebody did something wrong.” Both have been looking for full-time jobs.

--With assistance from Katia Porzecanski.

To contact the reporter on this story: Max Abelson in New York at mabelson@bloomberg.net